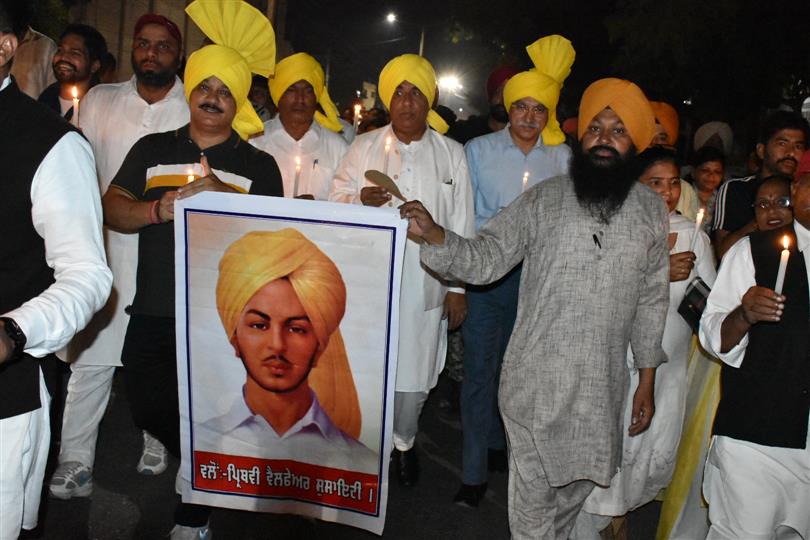 To mark the birth anniversary of Bhagat Singh, the district administration took out a huge candle march at Hoshiarpur.

Besides, DAV College of Education, Hoshiarpur held a cycle rally from the college to DC office, Hoshiarpur, to pay homage to Bhagat Singh. Principal Dr Vidhi Bhalla flagged off the rally. After that, an online symposium on the life and philosophy of Shaheed Bhagat Singh was organised. Students also performed a play on the theme ‘Chhipan Ton Pehilan’ directed by Dr Harpreet Singh.