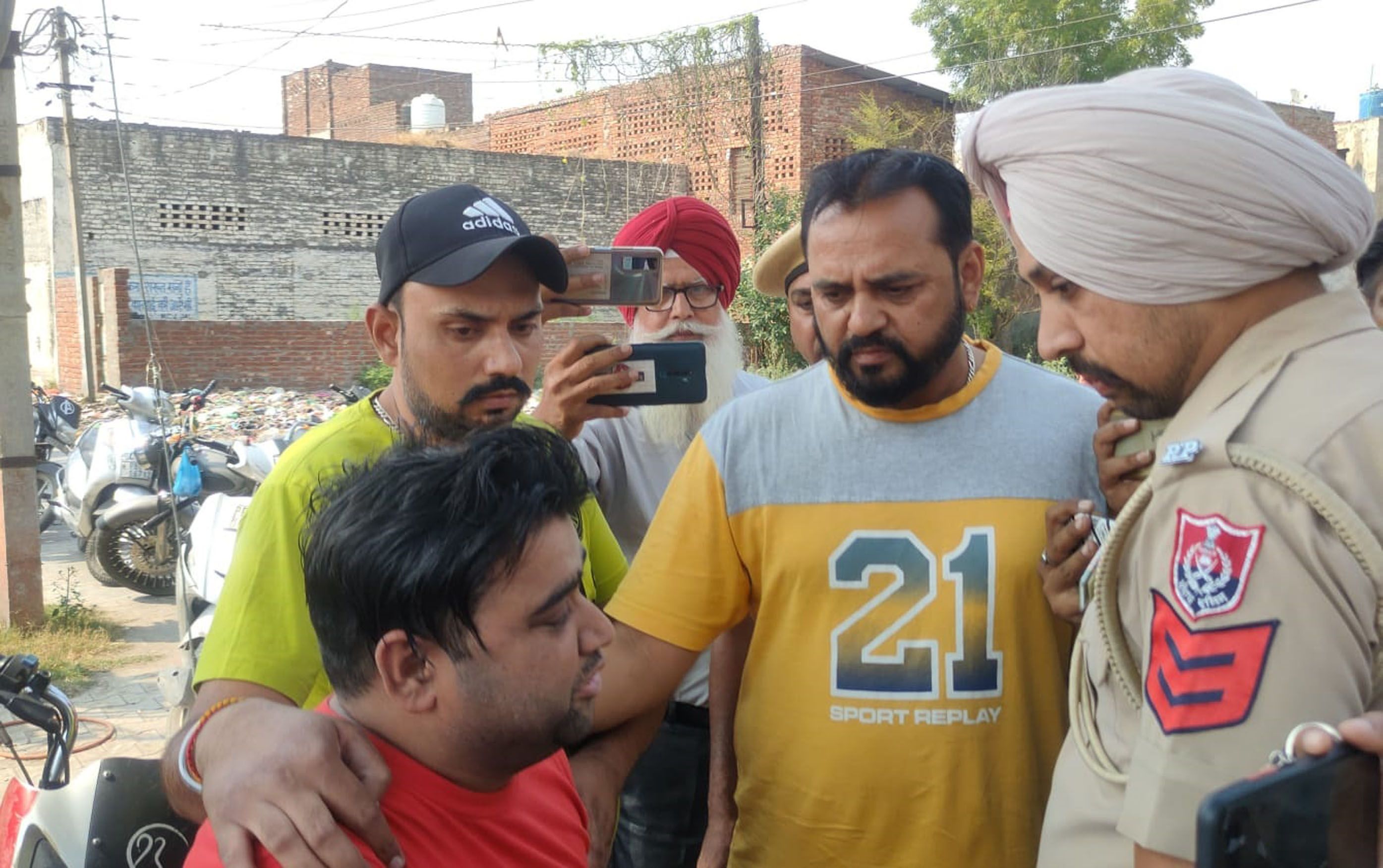 A policeman talks to the victim in Jalandhar on Thursday.

In an incident that occurred in broad daylight on Thursday, some miscreants took away nearly Rs 80,000 cash and two mobile phones from an employee of a private company at gunpoint while he was commuting along Ghah Mandi area. Victim Partap Kumar works with a mobile phone company and does cash collection work for it. He said he was going past Ghah Mandi area on his Activa scooter when three bike-borne youth waylaid him.

“They asked me to handover cash to them to which I resisted. At this, they started beating me up. They also took out a sword-like weapon and a pistol and snatched away my cash bag and fled from the spot,” he said adding that the snatchers were riding a Pulsar bike.

A similar incident had occurred yesterday when some miscreants had threatened a youth with sharp weapons and looted Rs 70,000 cash from him near V-Mart store.