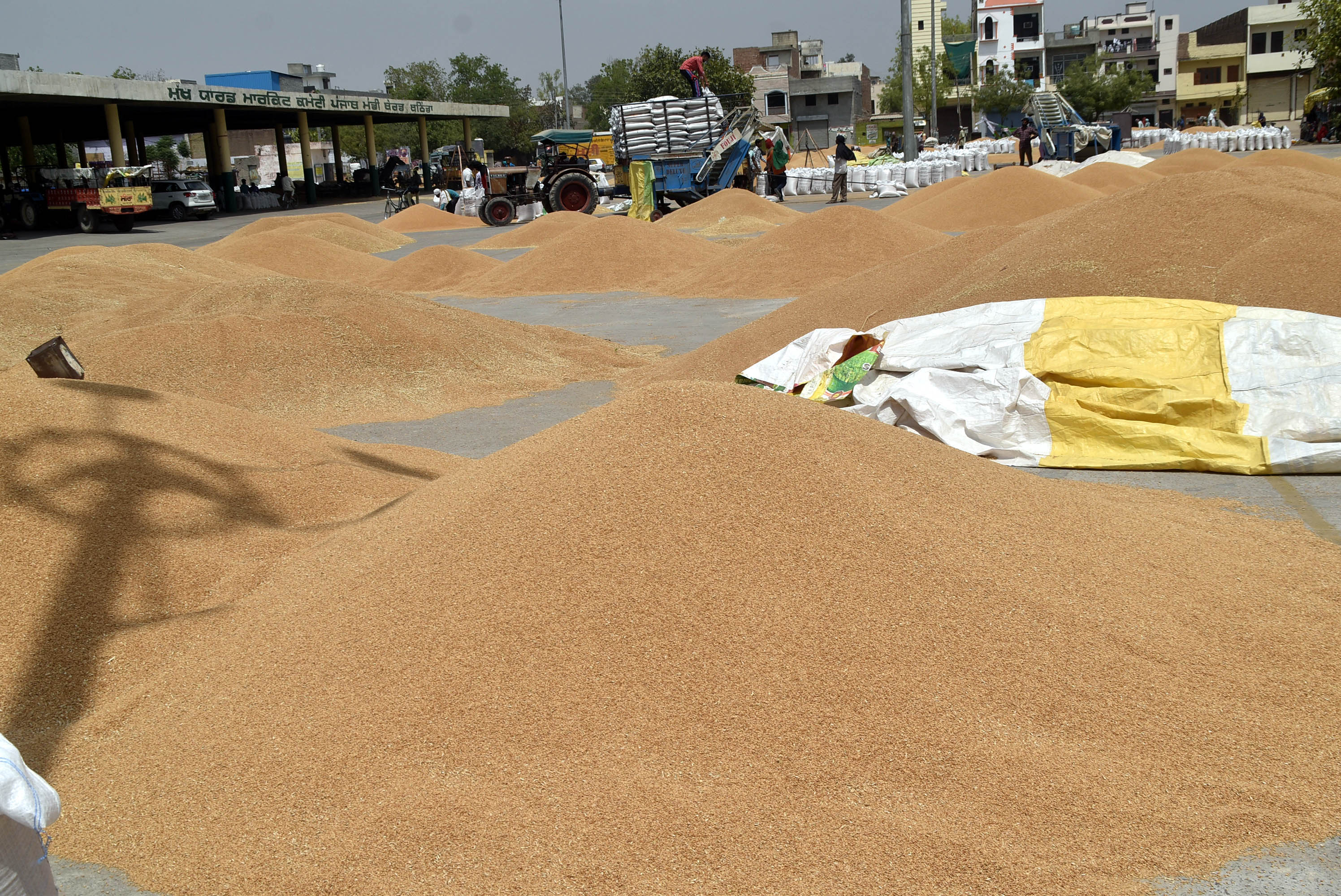 While farmers across the state stare at losses due to shrivelled wheat grain, the Centre’s relaxation in the norms for wheat procurement have brought some relief for farmers.

While farmers across the state stare at losses due to shrivelled wheat grain, the Centre’s relaxation in the norms for wheat procurement have brought some relief for farmers. While government officials are yet to receive a formal notification for this, the declaration though has at least ensured that wheat grains with over 6 per cent damage are being procured in mandis.

Temperatures, which stay around 25° to 30° in March, soared to 35° to 36° in Punjab this year, which caused record shrivelling of wheat grain

Temperatures, which stay around 25 to 30° in the state in March, soared to 35 to 36° in Punjab this year, which caused record shrivelling of the wheat grain due to the unprecedented rise in the mercury (it was reportedly the hottest Indian March in 122 years).

Farmers as well as the state government had been seeking a relaxation in procurement norms. Officials in Jalandhar said majority of the wheat crop was arriving at the mandis with shrivelling of up to 15 per cent. Officials said there was a 10 to 15 per cent decrease in wheat yield due to the change in weather.

With the Centre’s announcement of relaxed norms, damaged grains can now be procured by government agencies without a glitch.

Speaking to The Tribune, state general secretary of the BJP Rajesh Bagha said, “We welcome the state’s decision to allow relaxation in norms. There has been significant crop damage for which farmers should also be compensated. We have also sought compensation per acre from the state government for farmers who have suffered losses in yield.”

Jalandhar-based farmer Salwinder Singh said, “For per acre of my crop, the yield which was earlier 20 to 22 quintal per acre is now reduced to 14 to 15 quintal per acre. We have suffered significant losses. While shrivelled grain is part of the problem, our entire output has been significantly reduced. Farmers should be compensated for this.”

Harsahran Singh, District Food and Civil Supplies Officer, said, “A majority of the yield coming in is shrivelled. Most of the crop is shrivelled up to 15 per cent. A Central team had come to assess damages. Fifteen per cent of the yield in the district is affected. Except initial staff hiccups, we are not denying procurement to any farmers even with damaged crops.”