Functioning of govt schools under question 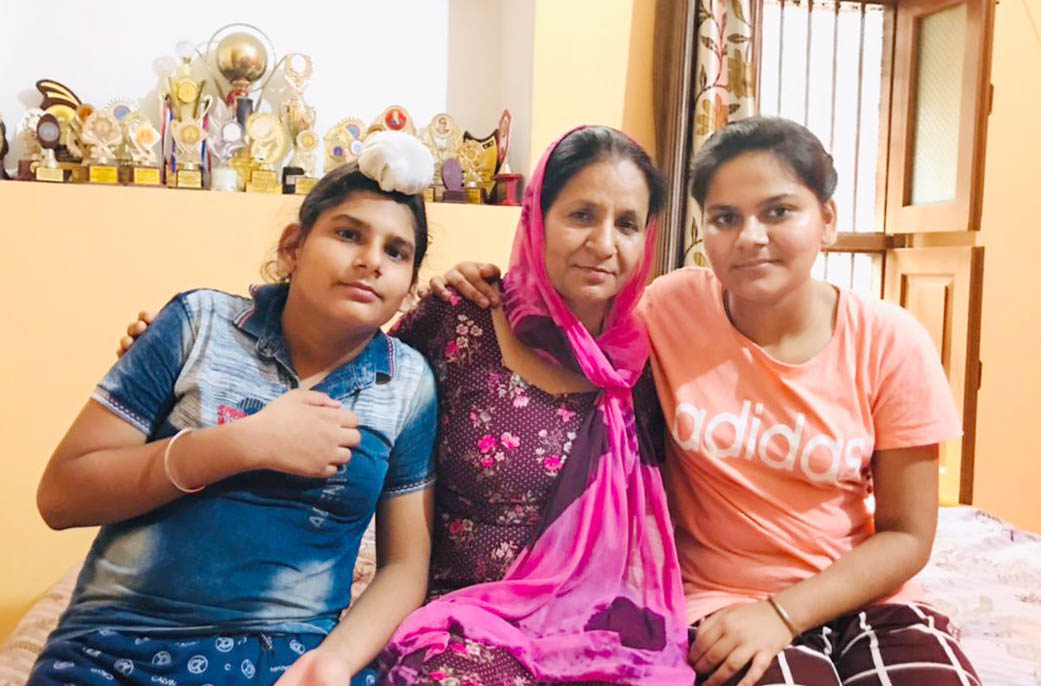 Harleen (right) poses with her mother and brother.

Out of the 302 students whose names appeared in the state merit list (ranking 1st to 9th) released by the Education Department for Class XII PSEB results, only two students from Jalandhar city were able to make it to the list. But strangely, both of them are not from government schools. This calls into question the functioning of government schools. As regards 97.37 pass percentage, Jalandhar stands at the 11th position in the state.

Harleen of Sri Guru Nanak Public Sr Sec School secured the first position in the district and sixth in the state. She scored 492 marks out of 500 in commerce.

The topper who aims to do big in the banking sector said she would study for around four hours during school days and on holidays, she would double study hours.

Harleen said it was very difficult for her to not use phone, but she did because she wanted to score good marks. “I admit that I got distracted several times, but then I reminded myself of my aim and then phone became less of problem,” she said. Her father is a truck driver in a foreign country. “The moment I got to know about the results, I called him to share that I had topped the district and he could not be happier,” the topper shared.

Manjit Kaur, the proud mother of Harleen, said she had not expected that her daughter would top the district and would get the sixth position in the state. “I had thought that she would top her school as I was witnessing how much hard work she was putting in. But getting a position in the district has made me so much happy, I cannot describe this in words,” the mother gushes.

Second position holder Vanshita Mohindru (in humanities) of HMV Collegiate Sr Sec School scored 489 marks out of 500. An exercise enthusiast, she shared that every day after coming from the institute, she would take rest for a while and then would go cycling. “I would ride a bicycle for 45 minutes daily and after coming back, I would indulge in studying,” she said. “Apart from studying, I love painting too. I listen to music in my free time and it relaxes my mind immediately,” Vanshita explained. She aims to pursue law now.

Daughter of a businessman, Vanshita said she got the news of her bagging the second position in the district from her father who is in Himachal for his work. “He was on cloud nine,” shared Vanishta.

Her mother Preeti Mohindru said she was getting congratulatory messages from everyone since afternoon. “Such days do not come every day. The Almighty has been so kind to us. I knew Vanishta would excel because I had seen her study. She would often tell me that she was feeling low because of the pressure, but I would cheer her up by massaging her head with oil,” she said.

Meanwhile, Kapurthala is at the 18th position. It is reported that Gurtirath Kaur of Govt Sr Sec School, Baler Khanpur, bagged the fifth position in the state with 493 marks.