Classroom for Jail inmates in Hoshiarpur 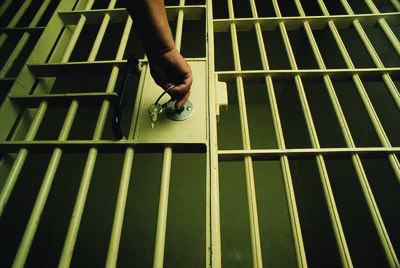 Hoshiarpur: The District and Sessions Judge Amarjot Bhatti inspected the Central Jail on Friday, where she also inaugurated a classroom for educating inmates. While meeting the inmates in the jail premises, the District and Sessions Judge Amarjot Bhatti also listened to their problems, besides enquiring about the health condition of inmates admitted to the jail hospital. Amarjot Bhatti also reviewed the medical care being provided to them. Meanwhile, she also inaugurated a classroom and appreciated the efforts made of the administration for the education of inmates. Jail Superintendent Iqbal Singh Dhaliwal said the infrastructure of the classroom had been created with the help of Rayat and Bahra Group, Hoshiarpur. He also thanked the chairman of Rayat Bahra Group Gurwinder Singh Bahra for his contribution. The District and Sessions Judge also inquired about the condition of women inmates inside the women ward and inspected the food being prepared for them. OC

Talwara: The Talwara police have arrested two youths and seized intoxicating powder from their possession. The accused have identified as Amit Kumar alias Ladi, a resident of Bahat village, and Deepak Kumar alias Deepu, a resident of Chuno village. Sub-Inspector Bhagat Singh along with his police party laid a naka at Jhang Mohal village. Cops stopped two bike-borne youngsters for inspection and recovered 50-gm intoxicating powder from the duo. The police have registered a case under the NDPS Act and initiated the probe. OC

One held for youth’s murder

Garhshankar: The police have arrested a person for allegedly killing a youth whose body was found on the bank of Bist Doab Canal at Aima Jattan village on Thursday. Body of the vicitm, Jaspal Singh, a resident of Mazara Digriyan, was found wrapped in a bedsheet. The accused has been identified as Satnam Singh, a resident of Aima Jattan village. The vicitm’s brother Rakesh Kumar had alleged that Jaspal had a love affair with daughter of Satnam. OC