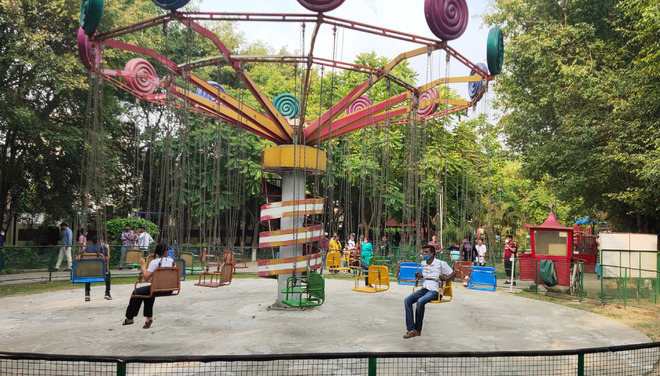 After remaining closed for two months, during the second wave of the Covid pandemic, Jalandhar’s famous children’s playground and a place for amusement — Nikku Park — opened for visitors again on Saturday. Deputy Commissioner Ghanshyam Thori said the park would be opened with 50 per cent capacity everyday from 3.30 pm to 7.30 pm so that people can enjoy entertainment activities, rides and swings at the park.

Kids peaking out of amusement trains, enjoying joy rides, teasing each other on swings, and running around on freshly-cut grass were some of the scenes being witnessed as the park opened up after a long period of time.

The park, spread in a sprawling 4.5-acre area, had been closed since April. While it stayed closed for seven months last year, it also stayed closed for two months this year. The DC said the 50 per cent capacity is aimed at ensuring that everybody abides by the Covid protocol so that the health and safety of all visitors could be ensured.

The DC further said a financial help of Rs 12 lakh had been extended to the park and the money had already been spent on various works and rides at the park.

A repair campaign for its swings had also been run for the park recently in view of its dilapidated condition after being closed for long durations amidst the pandemic. Situated in the posh Model Town area, right in the middle of the city, the parks, swings, rides, amusement bus, fountains, train, music fountain, flood lights, etc, had recently been made functional again. The park also got CCTV cameras installed at its premises. A committee under Joint Commssioner MC, Harcharan Singh was also constituted for effective maintenance and operations at the park.

A resident Surjit Kaur said, “My daughter was getting bored at home but we brought her to the park as soon as it opened because it is the one place where kids throughly enjoy. With online classes and long sitting hours, the play and amusement at the park is necessary for children to have healthy, active lives. This is really a welcome decision.” 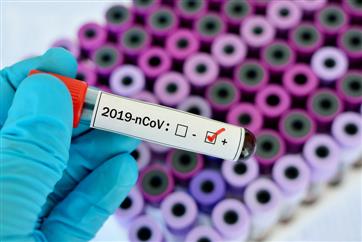