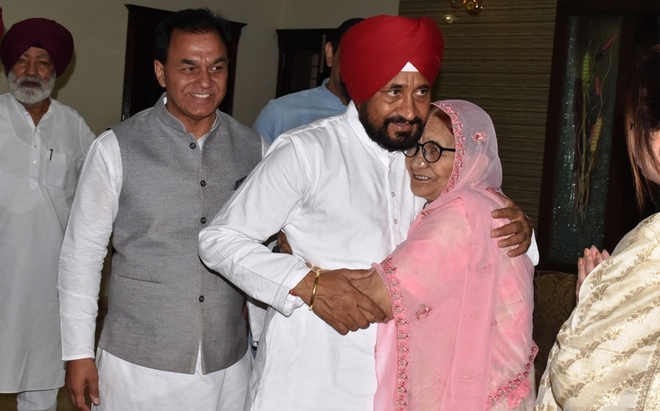 During his visit to Hoshiarpur on Sunday, Chief Minister Charanjit Singh Channi met MLA Dr Raj Kumar Chabbewal at his residence where he had the blessings of the MLA’s parents.

Speaking on the occasion, Charanjit Singh Channi said the Punjab Government would leave no stone unturned for the welfare of all sections of society. He said the state was working on various welfare programmes to be implemented shortly.

While thanking Chief Minister Charanjit Singh Channi, the MLA said the ‘Mera Ghar, Mere Naam’ scheme would help people give property rights to dwellers of houses within the ‘lal dora’.