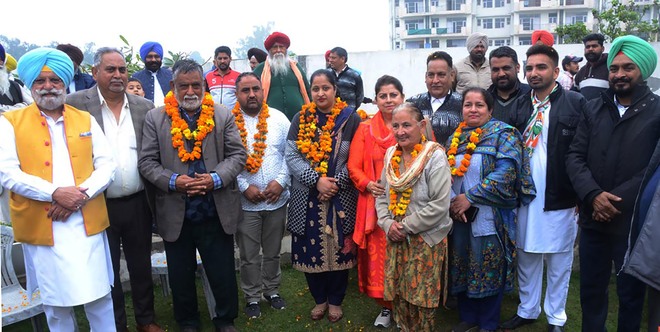 Kapurthala: The Congress won 45 out of 50 wards in the Kapurthala Municipal Corporation poll. Congress candidate from Ward No. 8 was elected unopposed. Shiromani Akali Dal (SAD) managed to win three wards and Independents won from two wards. SAD nominees won from Ward No.16, 28 and 48, while Independents emerged victorious from Ward No.7 and 37. In Sultanpur Lodhi, Congress bagged 10 wards out of 13 followed by SAD, which won three wards. The BJP and Aam Aadmi Party (AAP) failed to open their accounts in the district with none able to win a single seat in 63 wards (50 in Kapurthala and 13 in Sultanpur Lodhi). SAD halka in-charge Paramjit Singh Pamma’s (brother-in-law of BJP MP Hans Raj Hans) family members faced major debacle in Kapurthala. Pamma’s wife Shaminder Kaur lost from Ward No.41; Kiran Kaur, wife of Pamma’s elder bother, Resham Singh, lost from from Ward No.45; Pamma’s younger brother Sukhwinder Singh Sukkha lost the election from Ward No. 46. Pamma had contested on SAD ticket in the Assembly elections from Kapurthala and he was chief of the council twice. Purshottam Passi, former BJP district chief, also lost in Kapurthala from Ward No. 22. —Aparna Banerji 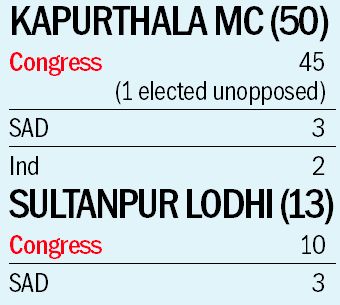