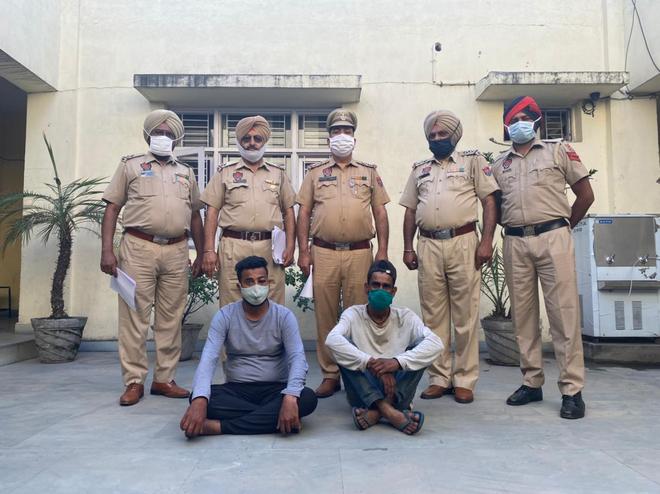 The accused in police custody on Wednesday. Tribune photo

The division number 3 police station on Wednesday solved a jewellery theft case that was reported on Tuesday in Lal Bazar. A man and a woman had reportedly fled with a gold chain from the store. The man introduced himself as a cop deployed at PAP. Shop owner Harwinder Singh told the police that the accused fled with the gold chain and left their artificial chain at the store. They came to know about the incident after checking the CCTV footage. The accused had come on bike.

SHO, Inspector Mukesh Kumar, said the arrested accused was identified as Ankush, alias Honey Kumar, a resident of Ali Mohalla. The police have also arrested his accomplice Sunil Kumar. The gold chain has also been recovered from their possession.

A case under Sections 379-B and 411 of the IPC has been registered against them at the police station.