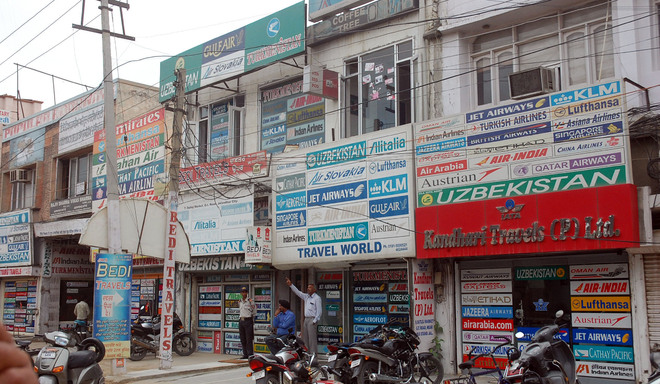 Cases under the Punjab Travel Professional Regularisation Act — 2014 are witnessing a rise in various police stations as people of Punjab have been falling prey to false promises made by travel agents. A case has been registered against two travel agents on the complaint of Amandeep Singh of Aur block in Nawanshahr recently.

As per the information, Amandeep’s father reposed trust in travel agents after they convinced him that they had already sent several people to Canada and would help his son reach abroad too. For this, the family had already paid Rs18 lakh and a visa was also issued in this case.

“It was only after I reached Delhi airport that I got to know that the visa was fake. Baffled, I came back and asked the travel agents to give my money back, but got nothing,” said Amandeep, in his complaint to the police.

The police have now registered a case under Section 406 (Punishment for criminal breach of trust), 420 (cheating) and the Punjab Travel Protection Regulation Act 2014.

Another similar case was registered recently from Nawanshahr.

Jaswinder Ram (27) from Behram, in his complaint to the police, said he gave Rs2.5 lakh to a travel agent with a promise that he would send him to Italy. Jaswinder, who belongs to an economically weaker family, said he had extreme difficulty in arranging the money. He took loans from various parties, but the travel agent failed to send him abroad.

One of the most talked about cases was of Gurbaksh Kaur (43) and Reena Rani (23) of Garhi Fateh Khan village, in which the police have filed cases against the accused for allegedly sending them to Saudi Arabia instead of Malaysia.

The case had grabbed headlines as Reena had also sent a video to her family, wherein she was seen crying and asking her brother to get them back home, else they would die.

Angad Singh, an MLA, had written to the Minister of External Affairs (MEA), to intervene into the matter and rescue the woman-daughter duo.