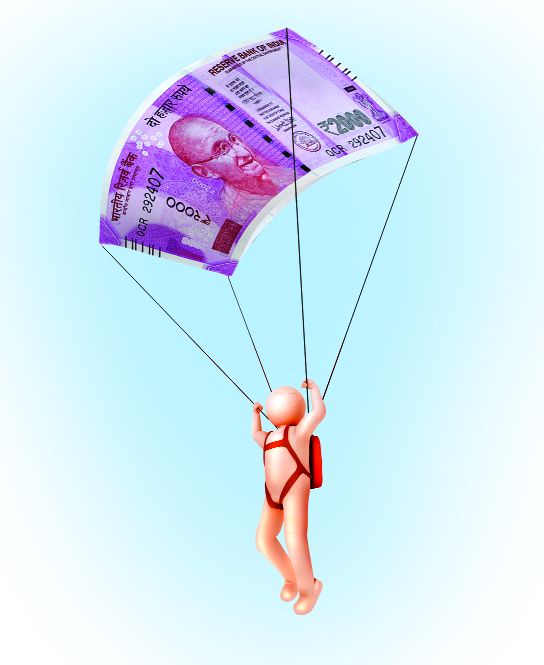 A bank manager tired of currency notes ‘raining’ at his house filed a complaint with the police. So far, Rs14,000 has been handed over to cops. Model Town police station SHO Karnail Singh said they have received a complaint in this regard by a resident of Hira colony. He said the complainant found Rs520 on his terrace on February 27. Later, Rs1,500 and Rs8,000 was found from the same spot, thus amounting to Rs14,000.

The SHO said the complainant lives on the first floor. Earlier, currency notes used to fall on terrace, but after the complainant installed CCTV cameras, notes were found lying around the gallery.

He said a balloon with Rs500 currency notes also fell at his house. We are thoroughly investigating the matter, said the SHO. — OC