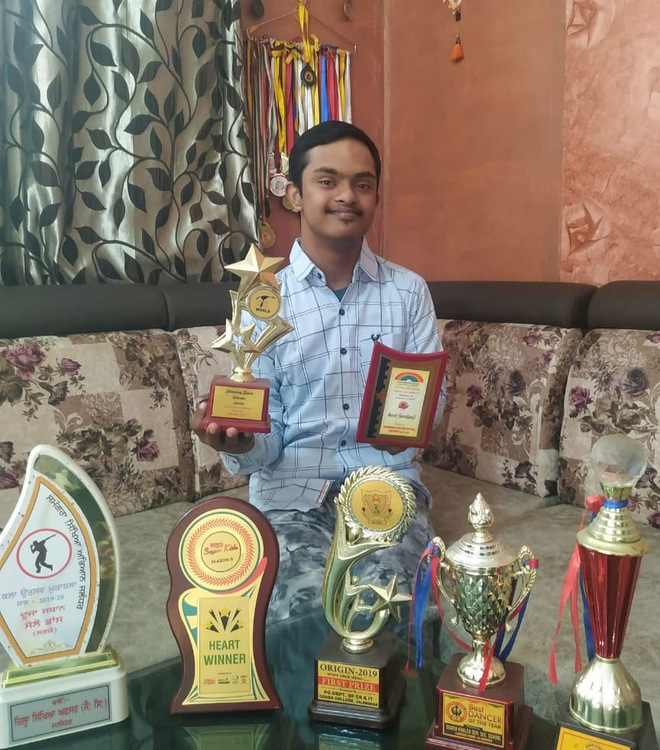 Generally children detected with ‘Down syndrome’ lose the ability to express themselves as it causes a distinct facial appearance, intellectual disability and developmental delays, however, Bhavnish Agarwal has rediscovered himself. Despite being diagnosed with it at a tender age, nothing has stopped him from chasing his dreams of becoming a dancer.

The journey from developing potential for walking to shaking his legs to Bollywood numbers wasn’t a cakewalk for the 17-year-old. Right after his birth, his parents Manish Agarwal and Bindu Agarwal were told that their son wasn’t a normal child and needed special care. Since then, concerted efforts were made by his parents and medical treatment followed. But after struggling for nearly six years, they realised that there was no cure for this disability, instead the treatment consists of therapy and self-care post detection. “Only parents can help their child by giving special education and basic mannerisms. It promotes early and easy development,” said the father.

Bhavnish has been pursuing his passion for past six years and his biggest support system is his family, who ensures that a meaningful trail is left to look back upon later in life. His trophy cabinet is nearing the brim; the Class XII student is a proud owner of over two dozen medals and trophies. Apart from this, he has showcased his talent in various platforms, including India International Down Syndrome Conferences, Rotary Club competitions, Special Olympics and various other dance festivals.

He aims to open his own dance academic for children like him. Through his funny sketches, he also nurtures his acting skills and spreads happiness. However, Manish feels people should substitute the hustle of finding the best treatment by introducing their children to art and other such activities. “It is important to understand the behavioural pattern of an intellectually disabled child to make them more socially inclusive. Acceptance and early detection is must for the development for such children,” he suggests.