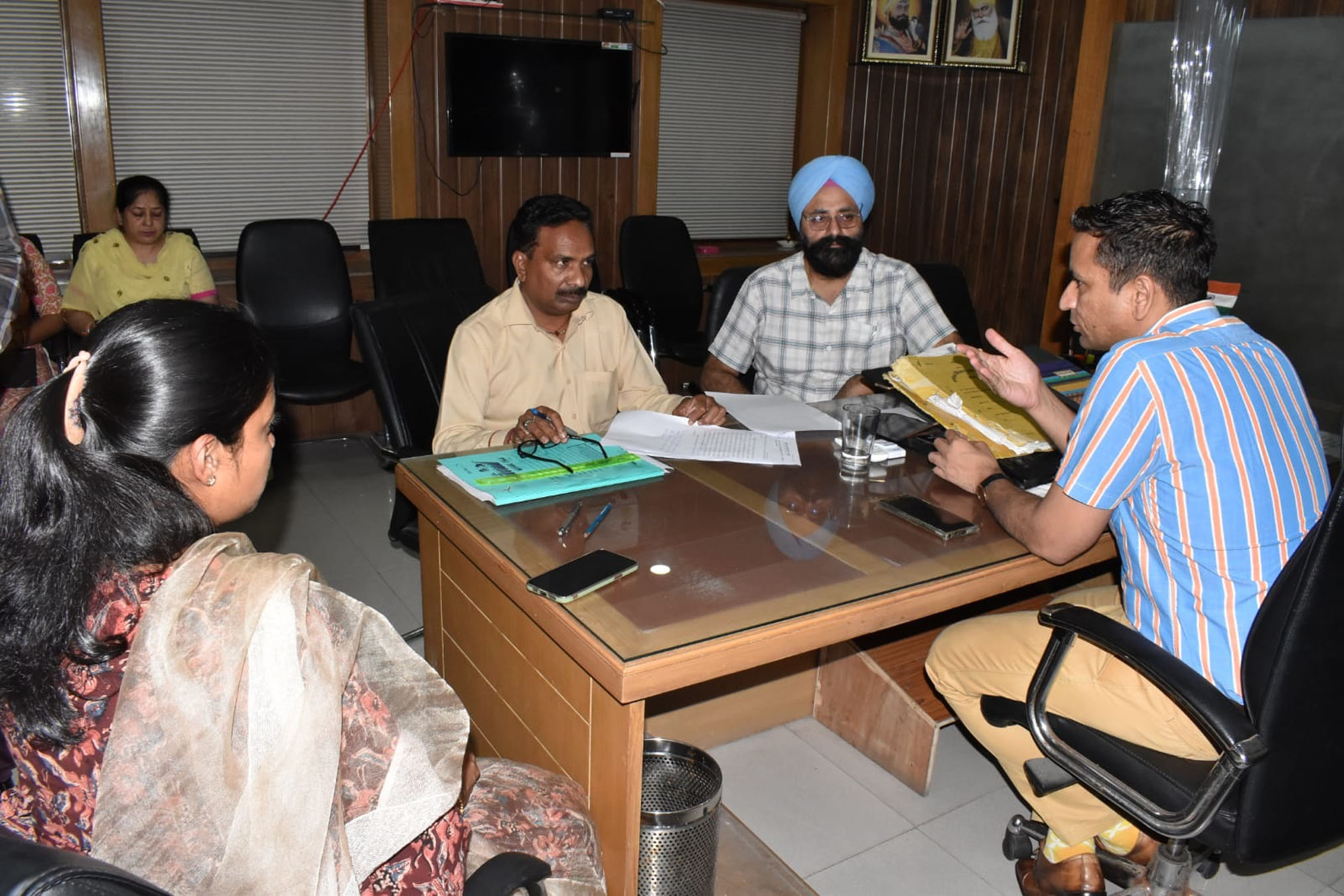 DC-cum-Chairman of Jalandhar Improvement Trust Ghanshyam Thori during a meeting in Jalandhar on Thursday. Tribune photo

Deputy Commissioner-cum-Chairman of the Jalandhar Improvement Trust (JIT) Ghanshyam Thori on Thursday conducted a surprise check at JIT office where he directed to all officials to accord top priority to public dealing work.

Officials must work earnestly to assist people visiting JIT for various services with respect to their properties allotted by the trust under different schemes. Any kind of negligence in this task will be highly unwarranted and strict action will be taken against the erring officials, if any kind of complaint is received from allottees. — Ghanshyam Thori, DC-cum-Chairman, JIT

After conducting a check, he said 112 files out of 120 missing ones have already been traced and restored to office record. Besides, the Chief Vigilance Office (CVO) has also returned files, which it had earlier taken in possession for inquiry purpose.

Chairing a meeting with the JIT employees here, the DC said the harassment of visitors would be dealt with strictly as he would be monitoring the affairs of this officer on a regular basis. Accompanied by ADC (Urban Development) Aashika Jain, the DC said as per the statement of record keeper, as many as 112 files have been traced, which had gone missing earlier.

Likewise, 77 files have been received from office of the CVO, which were taken for inquiry purpose, he said adding the public dealing must be resumed with immediate effect in this office and no one should be turned back on account of ‘missing files’. These 77 files also included eight missing files, he said.

Meanwhile, ADC (UD) Ashika Jain also held surprise checking in the office wherein she asked the officials to ensure their presence in the office so as to maximum visitors could be attended during the office hours. She also chaired a meeting of the inquiry committee and directed the trust officials to verify all the recovered files and furnish a report before chairman within a week.

The committee had also written to suspended EO Parminder Singh Gill to present before the committee within a week so that ongoing inquiry can be concluded in time.