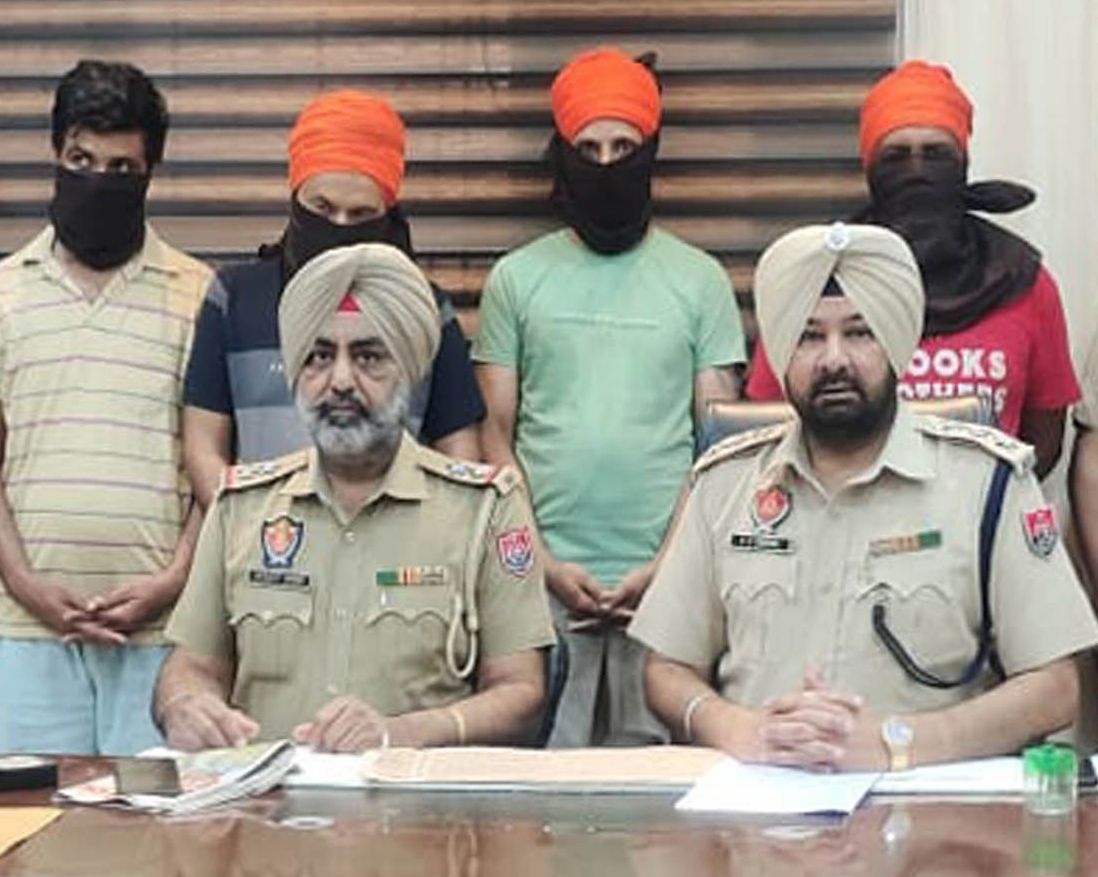 The accused in the Kapurthala police custody. Tribune photo

The director of a drug-de-addiction centre at a village in Subhanpur, along with three of his associates, has been arrested by the Kapurthala police on the charges of assault, wrongful confinement and fraud among others. As many as 20 youths were also rescued from the centre.

An FIR under Sections 323, 506, 366, 344, 148 and 149 of the IPC has been registered at the Subhanpur police station against Jagtar Singh, the director of the Shaheed Baba Deep Singh Vidyalaya, a drug de-addiction centre, at Ramidi village. The case was registered on the complaint of the parents of one of the addicts at the centre.

In his complaint to the Subhanpur police, Paramjit Singh Chandi, a resident of Parjia Khurd village, Shahkot, said he had admitted his son Narinder Pal Singh, an addict, to the centre after paying a fee of Rs 20,000. However, director Jagtar Singh beat up his son and threatened to kill him if we didn’t pay him Rs 3 lakh.

Acting on the complaint, a police party headed by Harjit Singh, SHO Subhanpur police station, raided the centre and arrested Jagtar Singh and three of his associates — Sukhwinder Singh, Baljit Singh and Pavitar Singh. The police also rescued 20 youths, who were locked in a big hall, and recovered four wooden sticks, some important documents and a Swift car from there. The accused were today remanded in the police custody for questioning.

During the investigation, it came to light that Jagtar Singh and his associates, allegedly trapped gullible youths and their families on the pretext of de-addiction treatment. Once admitted, the addicts were allegedly assaulted and their families were threatened and charged huge sum of money.