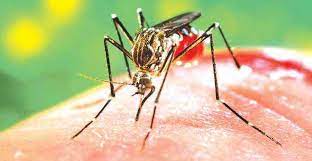 On Saturday, as many as 62 samples were tested by health teams for dengue, of which 30 tested positive. Of these, 17 are from the urban areas and eight from rural areas. The rest of the samples are from patients of other districts.

Notably, four persons have lost their lives to dengue in district. The four cases include a 28-year-old, who died a few days ago, a 42-year-old man from Bhargo Camp, who died in September and an eight-year-old child from Chandan Nagar. Another child also died of dengue in October. An 11-year-old child from Sodal Nagar, son of a businessman died on October 11.

Of the 178 cases of dengue reported in the district until October 21, as many as 121 were from the urban areas and 57 are from rural areas. So far, 679 samples of dengue suspects have been carried out in the district of which total 203 have tested positive. As per reports, a majority of dengue cases are from rural areas. Until October 21, Barapind reported 20 cases, Kartarpur (12 cases) and Jamsher and Basti Danishmandan (9 cases each).

Anti-larval and spraying measures were also being taken in affected areas.