Rules out joining any other party, says will serve remaining term 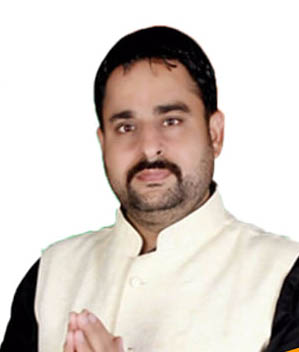 In the letter, Bunty stated former MLA Sushil Rinku wanted to put blame of his defeat in the recently held Assembly elections on others. Just as the announcement from Bunty went viral, Rinku claimed the party had already expelled the former for six years on Monday.

Former MLA Sushil Rinku didn't involve any party worker in any activity during his five-year tenure, which is why they (workers) and people of the constituency were upset with him. This arrogance resulted in defeat. Harsimranjit S Bunty, Deputy Mayor

Harsimranjit Singh Bunty has already been expelled by the PCC and that too for six years. I shared everything I got to know regarding Bunty with my party president after which the decision was taken. Sushil Rinku, former MLA

Bunty wrote to Warring that Rinku didn’t involve any party worker in any activity during his five-year tenure, which is why they (workers) and also people of the constituency were upset with him. “This arrogance resulted in defeat. I am upset that instead of accepting his own fault, Rinku was hatching conspiracy against other dedicated party workers and wanted them out of the party,” the letter read. He further alleged “had these MLAs worked properly in five years, they would not have been now blaming other workers and raising fingers at them for their own defeat”.

Rinku, however, said Bunty had already got expelled by the PCC and that too for six years. “After the election results, I had discussed various factors that could have led to the defeat. I shared everything I got to know about Bunty with the party president. The high command verified everything and then took this decision,” Rinku shared, adding he had evidence to proving his claims.

Reports of possibility of Bunty joining AAP are making rounds, but rules out joining any party. “There is nothing like this. I am still the Deputy Mayor and four months have left, I want to work for people,” he said.