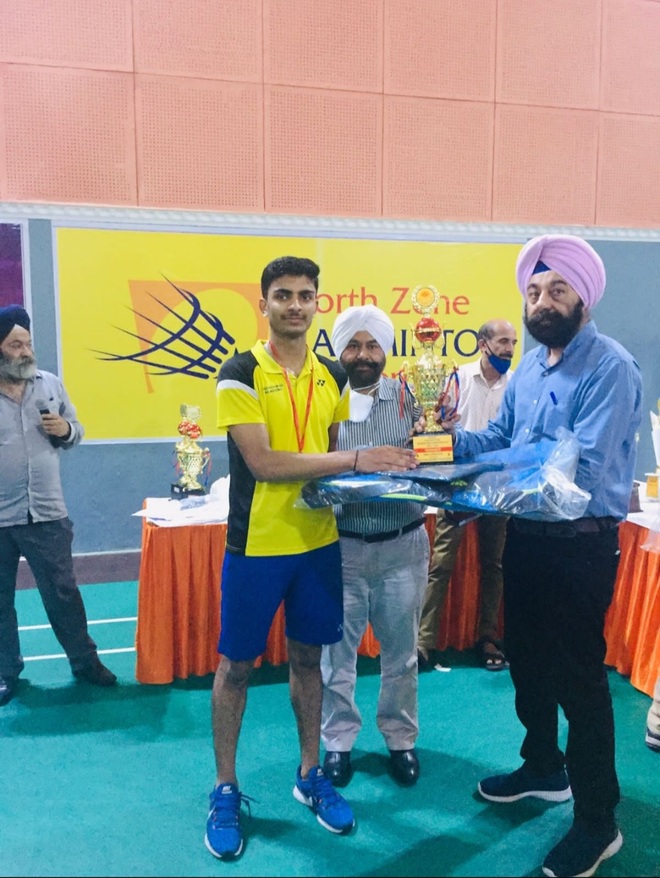 The five-day championship, that started on September 15, concluded on Sunday. As many as 500 players participated in various events. Abhinav won gold medals in senior men singles and senior men doubles category.

At the concluding ceremony, the city boy was declared the best player of the tournament and received a cash prize worth Rs 13,000 from the organisers.

A student of Class XII at Innocent Hearts School, the teenager aims to represent India in the international circuit. At present, he is receiving training at a private academy in Hyderabad.

He said though it sometimes became tough to strike a balance between sports and studies, with discipline and hustle things get sorted.

His father Sudarshan Singh Thakur, who works in the railways, said Abhinav had been playing the sport from a very young age. He had earlier won a gold medal at the All-India Sub-junior National Badminton Ranking Championship in the under-17 doubles category.

Two years ago, Abhinav had also made the district proud by qualifying for the Khelo India Mission Scheme. Being among the top rankers of Indian badminton players, he has also been selected by the Sports Ministry for the next Olympics. Abhinav’s previous achievements include a gold medal in the National Ranking Championship in 2018, a gold in the under-17 Punjab State Badminton Championship, a silver in the under-19 category in the same championship and two bronze medals in the under-15 nationals.