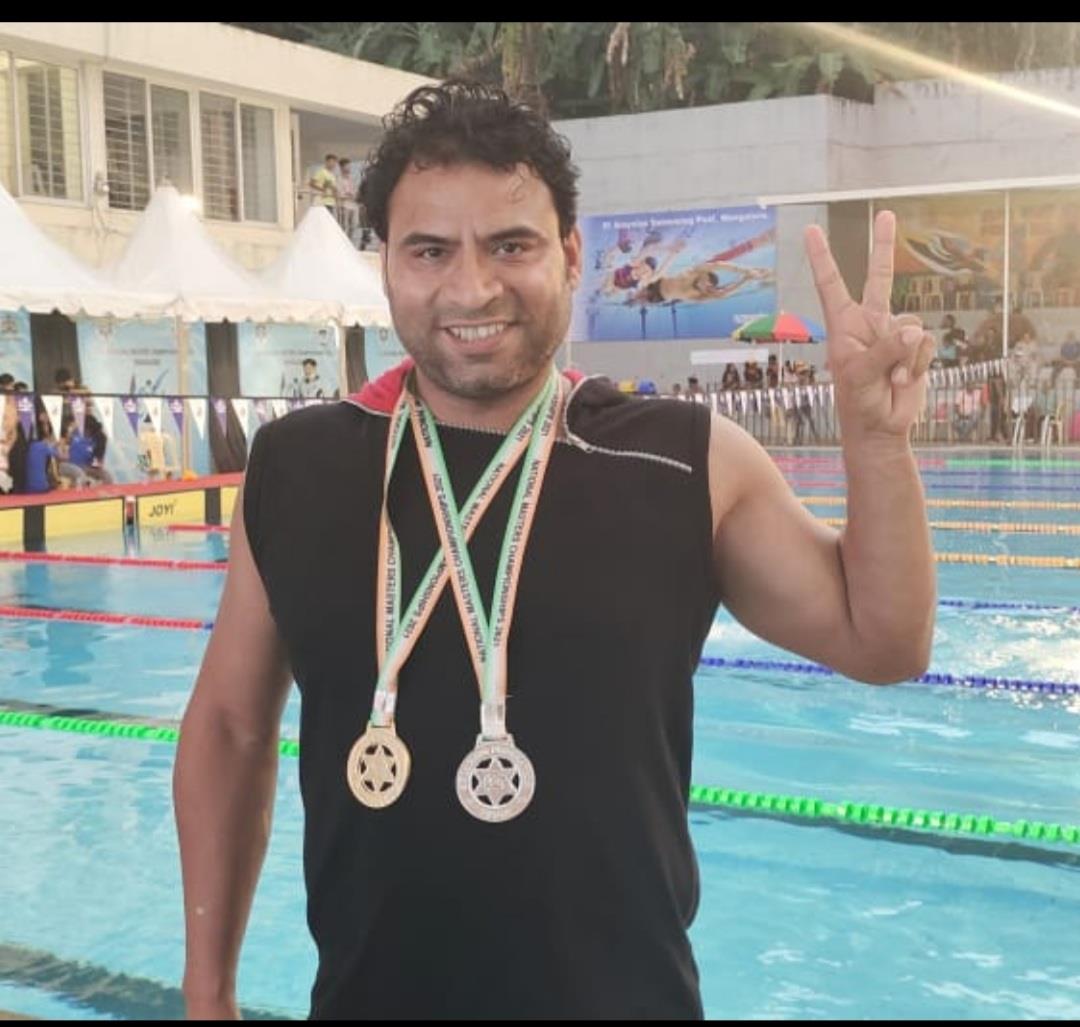 A physical education lecturer, Regwinder Bhatia of Government Senior Secondary School, Mand, Jalandhar, brought laurels to the state by clinching gold and a silver medal in the 200-m and 100-m swimming events in the 17th National Master Championship 2021, organised by the Karnataka Swimming Association.

The championship was sponsored by the Swimming Federation of India. The three-day championship for the sport persons and government employees is being held at Mangaluru, Karnataka.

Elated, Regwinder Singh Bhatia (39), who first ran to victory in the 200m swimming event, said, he has now qualified to participate in the international championships.

In the 200 metre race, Bhatia competed with, around eight participants in the age category of 35-39 years. In addition, he will participate in the two more events in the last day of the championship.

Notably, Bhatia has remained a swimming coach in the Education Department and was titled as best water polo player of Punjab in 1997. Earlier he had registered a record by winning 15 medals in various swimming tournaments and remained the top most swimmers in the state.

Apart from Regwinder, Sukhwinder Singh Bajwa, another retired government employee from the district got silver medal in 100 m back stroke event, organised for 60 above age group. Harvinder singh from Kapurthala participated in 45-plus age group.