‘Ecosystem Restoration’ on their mind 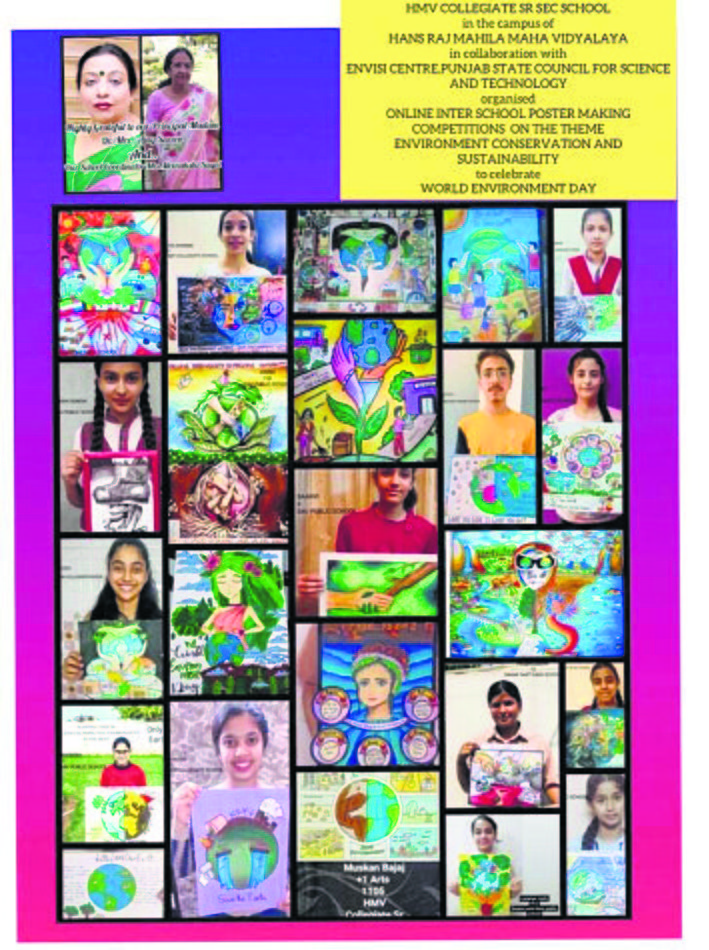 An online inter-school contest was organised by HMV Collegiate Senior Secondary School in collaboration with the Punjab State Council for Science and Technology on the theme ‘Ecosystem Restoration’.

The contests were conducted in order to sensitise the students about environment conservation and sustainability in which 450 students from various schools of Jalandhar, Kapurthala, Ludhiana, Amritsar, Tarn Taran and Jamshedpur participated and showcased their artistic outlook by following the tagline of the events – ‘Reimagine, Recreate and Restore’.