Downward trajectory witnessed in the tally for second consecutive day 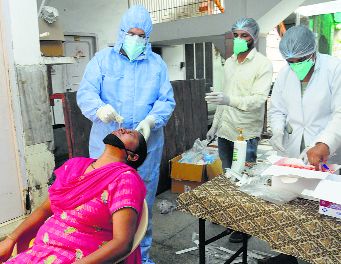 This is the second consecutive day that the Covid tally in Jalandhar was lower than the 100 mark. With 82 patients testing positive on Monday, the Jalandhar tally rose to 12,660. Similarly, with eight more deceased, the death toll also reached 381.

Sources in the Health Department said while there was an ominous downward trajectory in the tally, the delay in the sample reports’ arrivals from Faridkot was also responsible for the lesser cases reported on Monday. 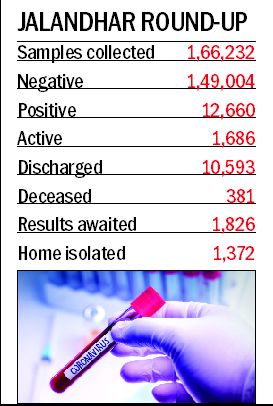 Total 106 positive cases were reported in Jalandhar, of which 82 belonged to the district, while the remaining were from other districts. As many as 10,593 people have been discharged and 1,372 are under home isolation in Jalandhar.

The deceased include 55-year-old man, a resident of Bhularai village; a 77-year-old male resident of Palahi Gate, Phagwara. Bothe of them died at the isolation ward in Phagwara.