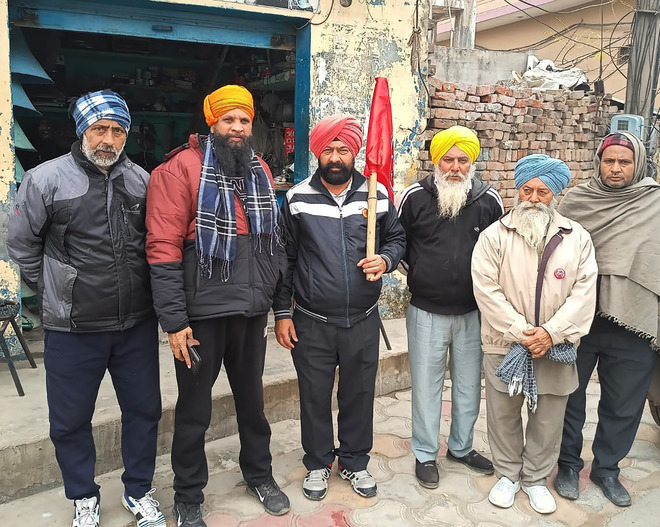 Preparation for the January 26 journey towards Delhi is on full swing. As many as 250 tractors from Nawanshahr are expected to go to Delhi. In the district, the Kirti Kisan Union is going to hold two tractor marches — on January 15 (Friday) and January 19.

On Friday, the march will start from Khatkar Kalan, the birth place of Shaheed Bhagat Singh, in the morning and will reach Banga. Around 10 villages will be covered during the march.

Tarsem said on Lohri, the copies of farm laws were burnt. “We are forming several committees of women and will celebrate Mahila Kisan Diwas on January 18. We are asking people to join us and show support in this huge movement,” he said.

Volunteers from villages are being selected and are also assigned duties for January 26. On January 19, the march will cover 26 villages. It will start from Mehrampur and cover Malpur, Dharamkot, Hansro, Kariam, Aur, Buhara and Mahlon among other villages.

Bhupinder Singh Warriach, state committee member of Kirti Kisan Union, said: “Every march is like a rehearsal before January 26. We are warming people up so that they get ready for the D-Day. Tractor trolleys are getting transformed into rooms. Blankets, tents, mats, we will carry everything. There is no returning without getting the laws repealed,” he said.

Women committees have also been formed and have active women who are playing an important role in deciding the next course of action to strengthen the farmers’ movement.

The women’s group started the campaign from Nawanshahr villages. They are going to every household and organising meetings to make people aware of the farm laws on a daily basis.