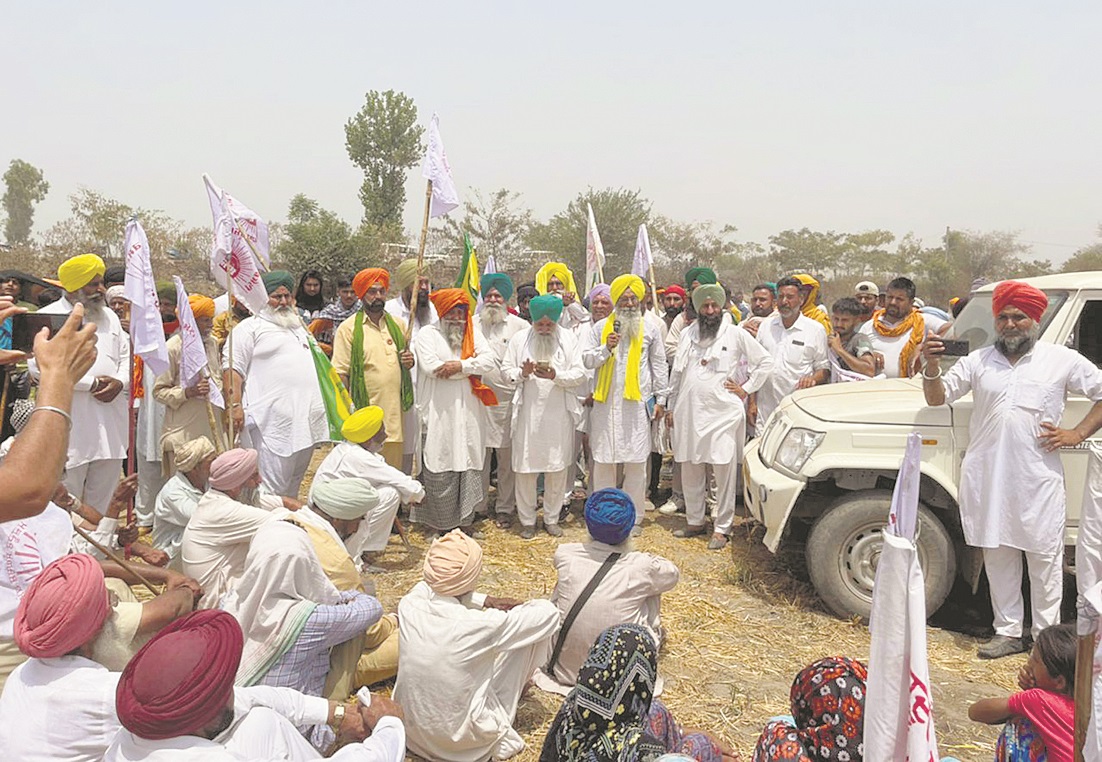 Farmers stage a dharna near Shahkot on Thursday. tribune photo

The government’s claim over 1,300 acres of land at Chak Bahmnanian and Thammunwal villages in Shahkot has led to a stand-off between the government and farmers who insist that the land belongs to 800 families living in the area for over 60 years now.

The dharna was held against the government’s bid to take back the land and evict the existing settlers and against the officials who arrived at the village for an intervention. Sukhwinder Singh Sabhra, Salwinder Singh Jania and district secretary Master Gurcharan Singh Chahal from the BKU Ugrahan as well as Comrade Charanjit Singh Thammunwal said poor farmers worked very hard to till this land and make it ready for farming. They said they would not let the administration to suppress the land rights of these farmers and farm labourers.

They said the agitation against the government’s decision would not stop until the area residents receive their land rights.

Sabhra said this was a serious issue as farmers would be destroyed if their land is taken away from them.

Farmer organisations also sought time from CM Bhagwant Mann for their unions so that they could intimate him about the scenario.

The dharna was withdrawn only after the assurance given by the Shahkot SDM, who had come to the village to solve the matter.

Jania said: “There are 800 families living on the land, which is about 1,300 acres. There are various schools, anganwari centres, five gurdwaras, a temple and a church in this area. It was populated by those people who had come from Pakistan and tilled the land with a lot of hard work to make it fit for farming.”