Farmers to protest outside residences of MPs today : The Tribune India

Plan to gherao houses of MLAs & ministers on December 12 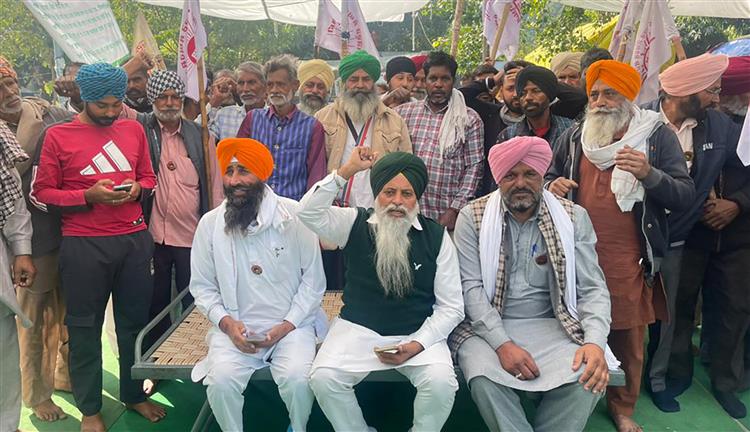 The Kisan Mazdoor Sangharsh Committee members, who have been protesting at the District Administration Complex here for the past nine days, announced today that they would be intensifying the stir.

The members of the committee rued that since the government authorities are yet to address their concerns, they feel compelled to further intensify the protest.

Sukhwinder Singh Sabhra — the state convener of the committee — and district president Salwinder Singh Janian, during a press conference here today, slammed the Punjab Government for failing to keep the promises that they had made before the elections. The leaders said they would be handing over letters of their demands to MPs and MLAs.

The farm leaders also warned that if the authorities do not address their concerns, they would hold protests at toll plazas from December 15 to January 15.

“Prime Minister Narendra Modi had vowed that the government would deliver justice in the Lakhimpur Kheri incident. He had also promised a law for the MSP. However, nothing has been done so far,” a leader lamented. “Until our demands are not met, we won’t lift our dharna,” he added.