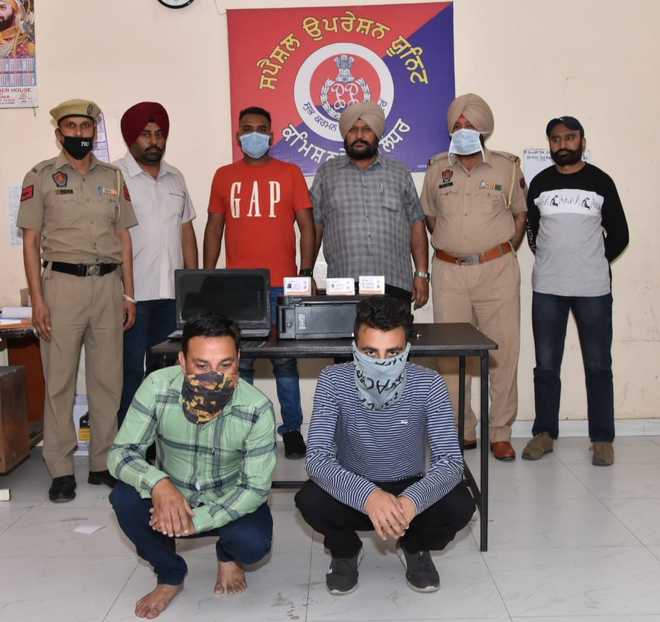 The accused in the custody of police on Thursday. Tribune photo

The Special Operation Unit of the police on Thursday held two men for printing fake Ayushman Bharat Health Insurance Scheme cards. Around 161 fake insurance cards were seized from their possession. They used to sell the cards to non-beneficiaries for Rs 500- Rs1,500.

The accused have been indentified as Satpal Singh of Ajnala, Amritsar, and his son Anmol. A case under Sections 420, 465, 467, 468 and 471 of the IPC has been registered against the accused at police division number 4.

The police also recovered 161 fake health cards, a laptop and a printer from the possession of the accused.

While Satpal (45) is a Class X passout, his son has done a course in computer application. They purchased a common service centre (CSC) in November to make Aadhaar cards and Blue cards. Later they planned to make fake Ayushman health cards to provide them to the non-beneficiaries of the scheme. They used to sell these cards for Rs 500- Rs 1,500.