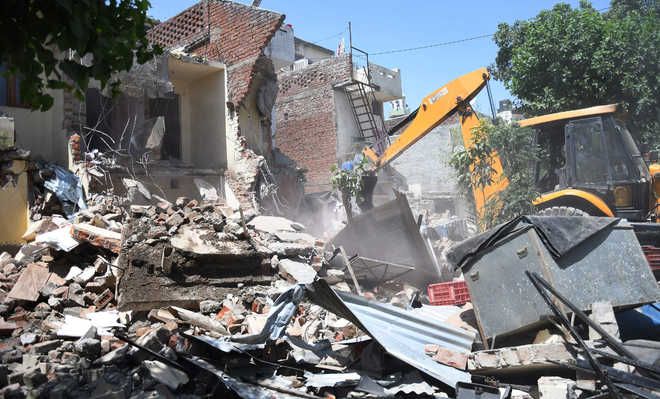 After the gap of two months, the Town Planning Department of the Municipal Corporation today initiated action against unauthorised establishments in various areas of the city. As many as four shops in Charanjitpura and a building at Partap Bagh were demolished and action was also taken against as many as 10 commercial shops in Ladhewali.

The department also targeted a colony in Ladhewali. Action was initiated against it this morning. Officials from the Municipal Corporation said a chaos was witnessed during the demolition of shops at Charanjitpura. As per information, local Congress councillor complained against the owner of the shops.

It is also reported that the owner of the shops also threatened that he would commit suicide if the action against his shops would be continued. Sources said the owner said his relatives were suffering from Covid and he was already disturbed due to the same.

Notices were being sent to these unaunauthorised buildings and shops since long but today, action was initiated. Since the past two months, action had not been taken due to the lockdown. — TNS