Want hike in Goods and Services Tax to be rolled back 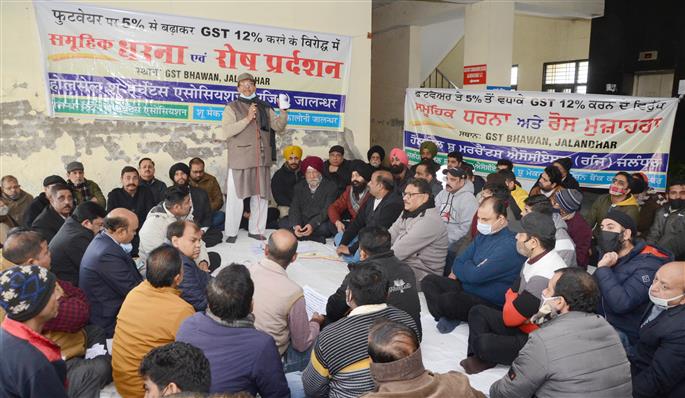 Members of the Shoe Association Atari Bazaar and Model House hold a protest outside the GST Bhawan, demanding a rollback of hike in GST on shoes, in Jalandhar on Monday. Sarabjit Singh

Giving two hoots to Covid guidelines, members of the Shoe Association Atari Bazaar and Model House held a protest here out GST Bhawan on Monday, demanding rollback of hike in Goods and Services Tax (GST) on shoes with immediate effect.

The members threatened to intensify their stir in case their demand is not accepted. They said they would be forced to sit on fast and even hold protests in the national capital if the union government doesn’t take back its decision of hike in the GST from 5 per cent to 12 per cent.

Members, led by president, Davinder Singh Manchanda, alleged that the government had rolled back the hike in GST on textiles but it’s paying no heed to the demands of the footwear traders.

He said footwears are an essential item for all people, irrespective of gender and age group, therefore, the hike in GST is like burning a hole in the pockets of the common man. When asked why Covid norms were not followed, Manchanda said: “All members were wearing masks and they tried to maintain social distancing too”.