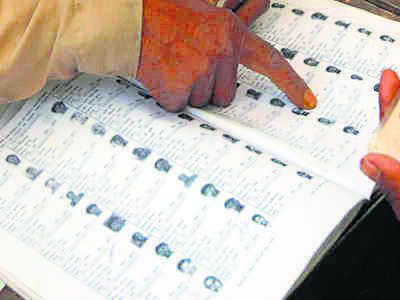 Even six days after arrest of a Punjab State Power Corporation Limited (PSPCL) clerk and getting an FIR registered against him for tampering with electoral rolls for the Phagwara Municipal Corporation, the police and administration remained tight-lipped on the moot point as who was behind the act. Photo for representation only.

Even six days after arrest of a Punjab State Power Corporation Limited (PSPCL) clerk and getting an FIR registered against him for tampering with electoral rolls for the Phagwara Municipal Corporation, the police and administration remained tight-lipped on the moot point as who was behind the act. It was because of this FIR that the Phagwara MC poll was put off.

On January 13, the Phagwara (city) police had lodged an FIR on the complaint of Sub-Divisonal Magistrate (SDM) Major Amit Sareen. Sareen, who had joined his office just three weeks ago, found glaring anomalies in the voters’ list and immediately reported the matter to the State Election Commissioner.

The SDM said, “PSPCL clerk Sandeep Singh, who was working in the Election Branch, committed several violations. He used his mobile phone to access the data, which itself is a violation. He made all the changes using his phone and taking advantage of the fact that I was on a transition mode and had just got transferred. He changed all passwords, including that of an email. He even changed passwords of recovery email. He deleted a few vote entries, which ideally he should not have done. He made wrong voter entries. He shifted votes from one ward to another in a wrong manner. There are 50 wards and he fudged with entries of many wards.”

Asked at whose behest Sandeep was working at, Sareen said, “That is for the police to find out.” He added that there were at least 36 entries, which Sandeep had fudged. “These were all related to objections, which our office had received recently for the revision of electoral rolls. Owing to his wrong conduct, we cannot deal with as many as 1,400 objections out of 1,800 we received in total,” he said.

Phagwara Superintendent of Police Sarabjit Bahia said, “The accused is in our custody till tomorrow. We might not seek extension of his police remand. This inquiry needs clarifications at the administrative level and we have sought more details from the SDM on the matter.”

Phagwara ADC-cum-Commissioner Municipal Corporation Rajeev Verma said, “Since the complaint came from the SDM and is being dealt with by the police, I do not have much to say.”