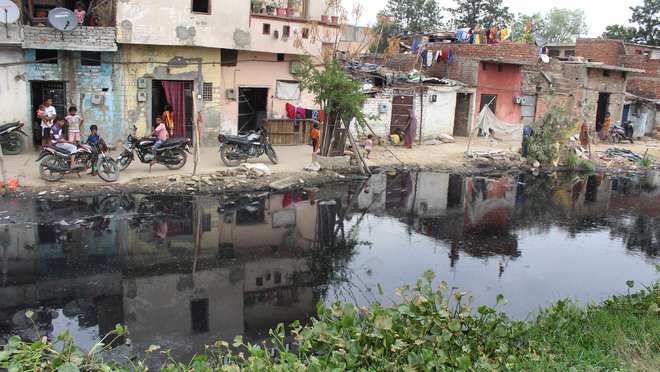 Jagdish Samrai, a member of health and sanitation adhoc the committee, on Wednesday gave a memorandum to the MC Commissioner to release the remaining amount so that the Kala Sanghian drain, better known as ‘ganda nullah’, could be cleaned and brought under the aegis of Smart City project for further embellishments.

Samrai also said that for the beautification of the drain, an amount of Rs40, 00,000 must be cleared under Smart City project by the MC. “I have raised the issue several times in the general house meeting, but I really want the MC to consider this an important one,” Samrai added. It lies just 50 metres away from Maqsuda flyover and passes through Baba Balak Nath colony and Bhagat Singh Colony. With foul smell emanating from the drain filled with filth and sludge, it is an eyesore.”