8 gold chains, 7 pairs of earrings seized from them 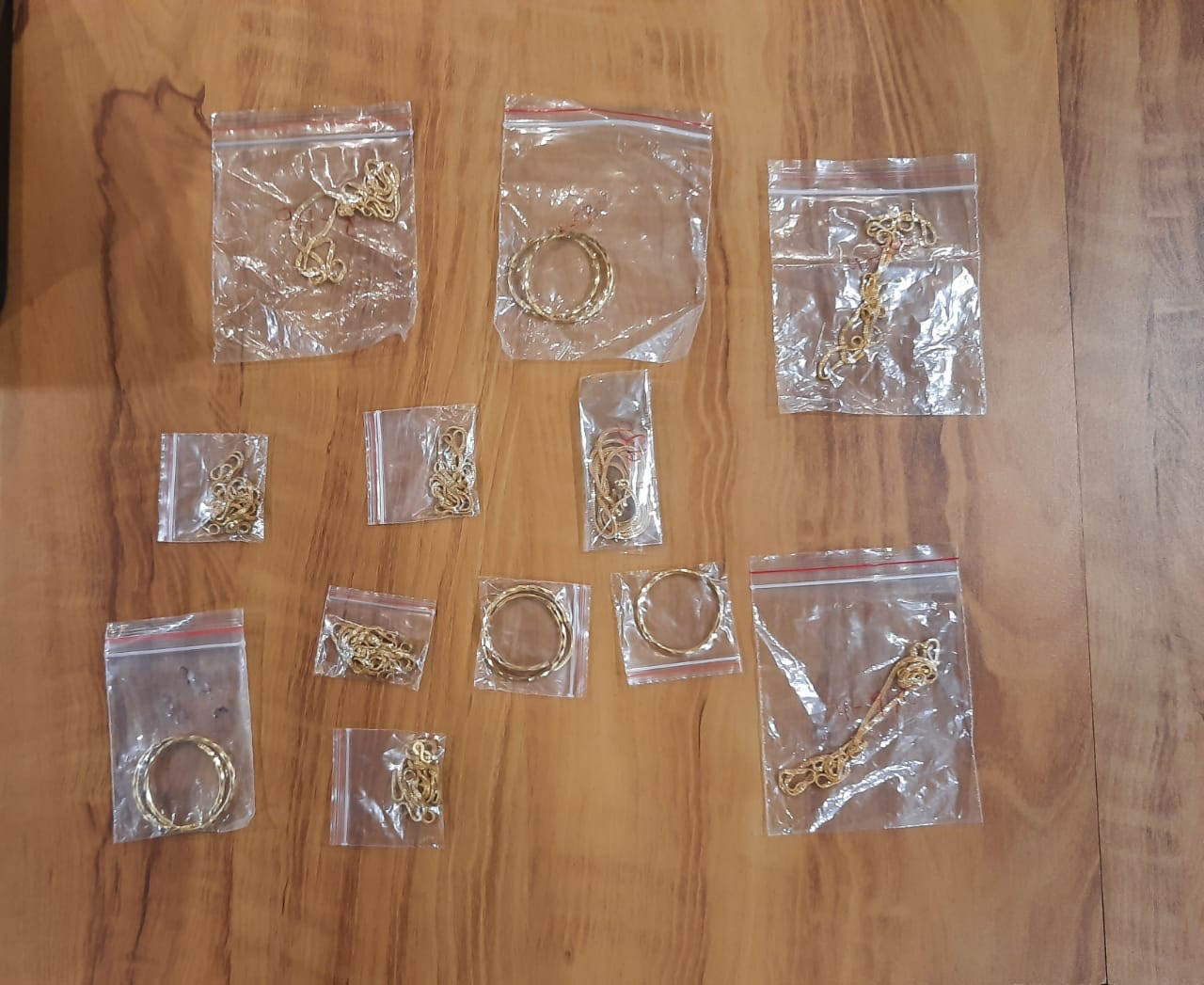 8 gold chains, 7 pairs of earrings seized from them

The Jalandhar Commissionerate Police today busted a gang of snatchers with the arrest of three persons. One of the accused among these three is a professional criminal who had already been booked by the police under theft, snatching, excise and NDPS cases in Jalandhar, Kapurthala, Hoshiarpur and Nakodar.

The DCP (Investigation) said the team of CIA-2 staff was on a patrol near Patel Chowk, when they received a tip-off that two snatchers – Pargat Singh and Inderjit Singh, both residents of Kapurthala, who were involved in a number of snatching incidents in Jalandhar and Kapurthala, were coming towards Mitha Bazaar from Kapurthala Chowk on a motorcycle.

“Following which, the police team laid a trap at Mitha Bazaar and caught both the accused. During search, a mobile phone, eight gold chains and seven gold earrings and a motorcycle, which was used in the crime, were recovered from their possession,” he said.

He further said that during interrogation, both Pargat and Inderjit revealed the name and address of their master and kingpin Yashwin Singh, who had nine cases of theft, robbery, snatching, liquor and drug smuggling registered against him in Jalandhar and Kapurthala.

“The police teams then traced Yashwin from the address revealed by Pargat and Inderjit. All three have confessed to have carried out 17 snatching incidents in the city. A case at the Division Number 2 police station has been registered against them. The police had taken them in two-day remand for further investigation,” the DCP added.