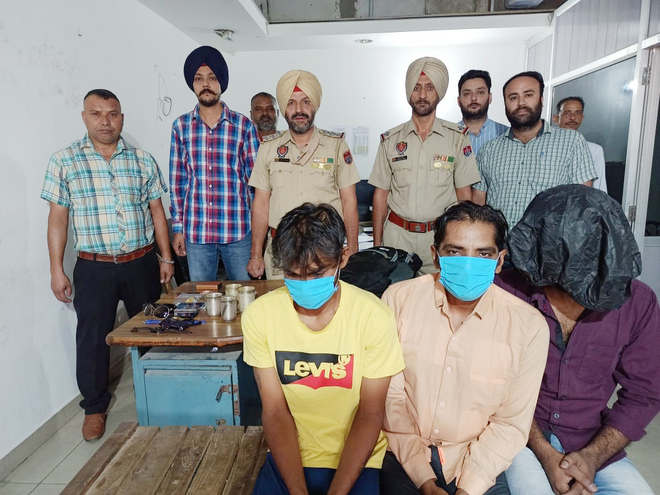 The accused in the custody of the Jalandhar police on Thursday.

The Jalandhar police have busted a gang of robbers who used to target locked houses in the city.

Senior Superintendent of Police (Rural) Satinder Singh said the accused were arrested at a naka set up at Narangpur village on October 20. He said the trio were nabbed along with an Activa, two motorcycles and six gold rings.

During questioning, the accused admitted to the crime they committed in Model Town, Urban Estate, JP Nagar, GTB Nagar and Basti Bawa Khel. The police said the trio will be presented before the court.

The police said the accused used to do a reccee of closed houses falling under the jurisdiction of Patara police.