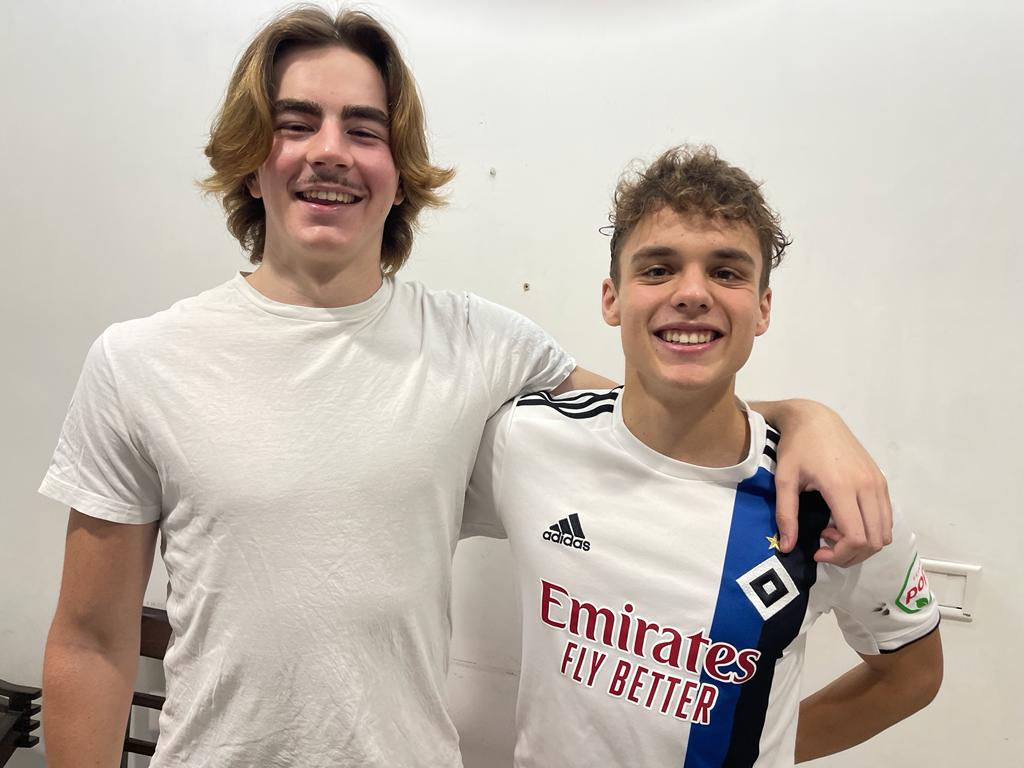 “Main Germany ton ayaa haan, main 21 saalan da haan, mennu Punjab bahut pasand hai (I have come from Germany, I’m 21 and I love Punjab),” says 21-year-old Milan Segbey, in broken Punjabi as he is asked about his stay in Punjab by a local video channel.

Mats Punkow and Milan Segbey, who have been residing at Rurka Kalan village since March this year, have infused local football players with fresh vibe and interesting stories of their culture.

Under the Weltwartz Exchange Programme run by the German Ministry of Cooperation and Economic Development, students from Germany and India have been visiting each others’ countries for a designated period of up to six to eight months. The YFC at Rurka Kalan is one of the host organisations as per the exchange programme.

As per the programme, students from Germany visit a developing country where they volunteer with local organisations. Mats and Milan assist senior coaches to train students at YFC. Clad in white shirts and knickers, the duo can be seen hopping about at the club grounds even amidst scorching heat with their football skills at display.

Speaking about the weather the duo says, “It is indeed hot for somebody who is used to Germany’s climate. However, the fun we are having here, makes up for it.”

Mats has also developed an affinity with Punjab, especially the food. He has been relishing on sumptuous recipes prepared by Ranjit, a local cook, with the yellow dal and butter paneer being among his favourites. “This is one of the few places where I felt instantly at home,” says Mats.

Gurmangal Das, founder, YFC said, “The duo are the 12th and 13th students to visit YFC. We have also sent six of our students to Germany. Such programmes bring a lot of intercultural interaction. Compared to children of Punjab of their age, they are extremely well versed and know a lot of different issues. They enthuse our staff and students and coach them. Apparently they are here to learn but in the process our students are learning a lot from them. We also recently celebrated Milan’s birthday here. It feels like a big family.”