Give plots to 4 allottees within 3 months or refund money, JIT told : The Tribune India 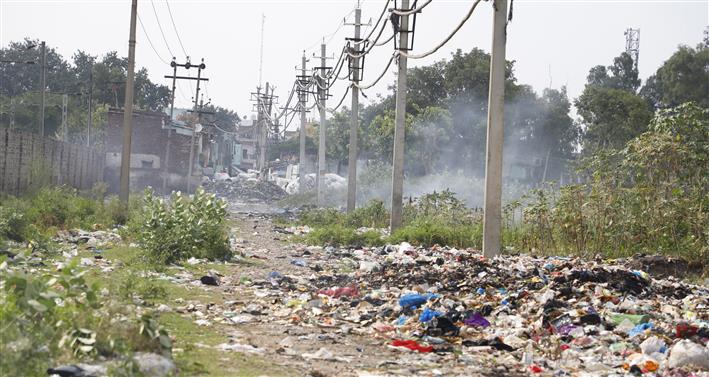 The condition of Surya Enclave Extension in Jalandhar. Sarabjit Sing

The Jalandhar Improvement Trust (JIT), which is already reeling from financial crisis, has suffered another jolt after the District Consumer Disputes Redressal Commission, while addressing four similar complaints of allottees of Surya Enclave Extension, ordered the Trust to either provide the possession of the plots with promised facilities within three months or refund their money with 9 per cent interest along with Rs 35,000 as compensation and litigation expenses in each case.

The total amount that JIT has to pay to all four allottees – Bharat Bhushan, Arun Bala, Ketan Sharma and Manohar Lal Sehgal is Rs 1.75 crore. In Bharat Bhushan’s case, the principal amount paid by him for the plot was Rs 30.42 lakh, Arun Bala paid Rs 21.36 lakh, Ketan Sharma paid Rs 30.54 lakh and Manohar Lal Sehgal paid Rs 21.41 lakh. However, they never got the possession of their plots.

No development work even after 11 years

Such is the state of affairs of JIT that even after 11 years of launching the scheme and having taken lakhs of rupees from the allottees, it hasn’t started any work at the site. —Manohar Lal Sehgal, Jit plot allottee

The plaintiffs said JIT in 2011 had framed this Surya Enclave Extension Scheme in around 94.97 acres, and allotted 431 residential plots of various sizes, ranging from 100 square yards to 500 square yards to public at a reserve price of Rs 17,000 per square yard. They said to some allottees the plots were allotted between 2011 and 2014, and to some in 2016, when the scheme was re-launched.

They further added that as per the terms and conditions of the allotment letter, the JIT was supposed to hand over the possession of the plots within two years of allotment, but it miserably failed to do so.

Manohar Lal Sehgal said in the last eight years, he had knocked every door possible and met Cabinet Ministers, local MLAs, MP Santokh Chaudhary, and even written to Punjab CM, seeking their intervention in the matter so that the allottees get possession of their plots, but to no avail.

“Despite being senior citizens, we were forced to sit in dharnas, meet officials or visit JIT office as we had invested all our savings in purchasing these plots,” said Jatinder Mohan Sharma, President of Surya Enclave Extension Welfare Society, while adding that even till date no development work has been done and that high-tension wires were hanging above the 100 square yards plots. Besides, the entire site has turned into dumping zone and 45-ft road connecting Block C to the railway station lies encroached upon by the migrants.

The other allottees also complained that despite repeated reminders, the JIT failed to carry out any development work at the site, therefore, they were forced to approach the consumer forum to seek justice.

Meanwhile, a notice of the complaints was given to JIT by the commission. However, JIT officials maintained that the complainants themselves were at fault, as they did not turn up to take the possession of the plots as per the terms and conditions of the allotment letter.

However, after verifying the facts of all parties, the president of the commission, in its judgment, ordered JIT to either handover the possessions with all the amenities after removing illegal encroachments within three months to all four allottees, failing of which, it will be liable to refund the money paid by them with 9 per cent along with compensation and litigation expenses.