2 weapons, 25 cartridges recovered from him in Shirdi 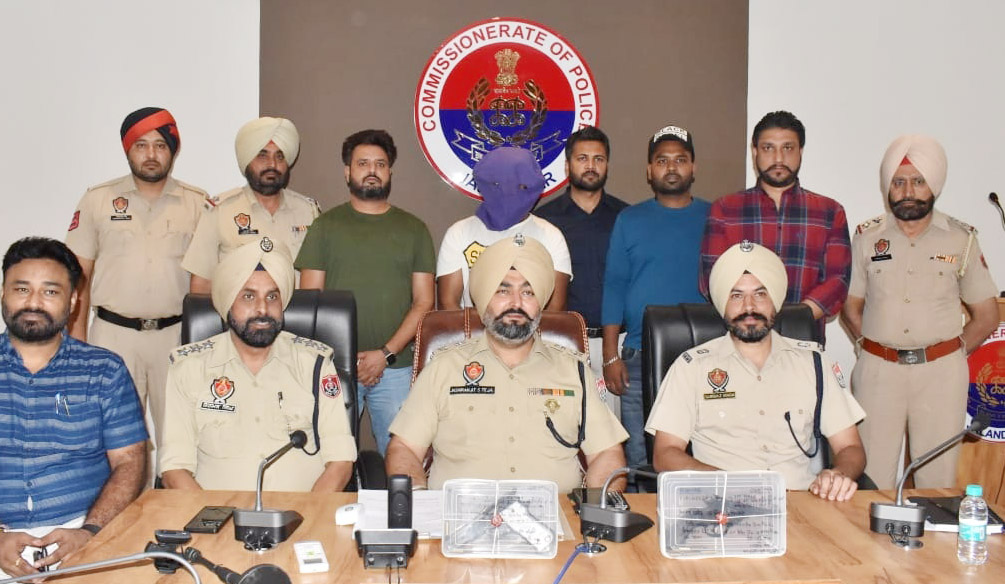 Puneet Soni, alias Pimpu, one of the main suspects in the Gopal Nagar firing incident, who was arrested by the Shirdi police on Wednesday evening, was brought to Jalandhar on Saturday.

Puneet Soni, alias Pimpu, one of the main suspects in the Gopal Nagar firing incident, who was arrested by the Shirdi police on Wednesday evening, was brought to Jalandhar on Saturday.

The cops had also seized two weapons and 25 cartridges from him. He had been an active member of the local Pancham Gang.

Deputy Commissioner of Police (DCP), Investigation, Jaskiranjeet Singh Teja said a team of CIA staff-II and Anti-Narcotics Cell had been conducting a probe in the Gopal Nagar firing case, in which the accused had opened fire at Himanshu Sondhi and left a passerby seriously injured.

He said during the investigation, a police team got a tip-off that Puneet had been absconding since the firing incident and had taken shelter in Shirdi town, following which a team of sleuths moved to Shirdi and nabbed Puneet with the help of the Maharashtra Police. Puneet is already facing two criminal cases. The DCP said Puneet was produced in a local court on Saturday and was taken on three-day police remand and would be quizzed further in the case.

It's going to be long-term proposition for India to reorient foreign policy away from Russia, says US

India has a decades-old relationship with Moscow

The increased risk of depression and anxiety in adults lasts...