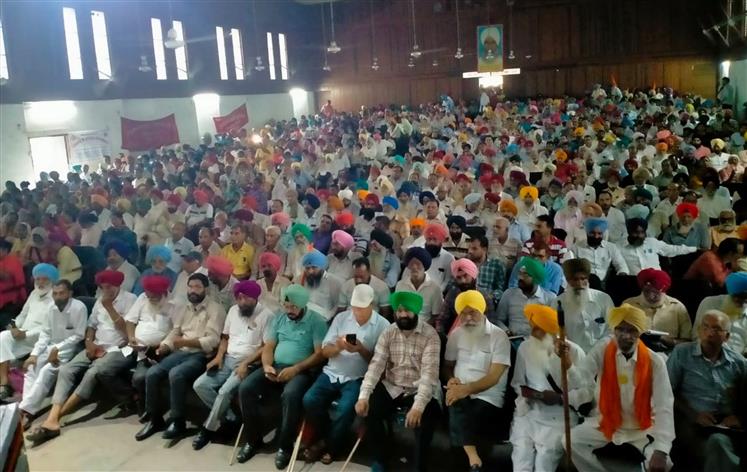 A state-level convention was held by Punjab and UT Employees and Pensioners' Association at the Desh Bhagat Yaadgar Hall today. The convention was held against the AAP government by pensioners who said the state government led by Chief Minister Bhagwant Mann was continuously ignoring the demands of the daily wage workers, contractual, regular workers and pensioners.

During the convention it was declared that a huge state-level rally will be held on September 10 at Sangrur to protest the attitude of the state government. Similarly, pensioners said on August 21 and August 28 workers would reach Cabinet Ministers' residence in scores to submit their protest letters.

Addressing the gathering at the convention, joint front leaders said before the elections of 2022, Finance Minister Harpal Singh Cheema had made a slew of promises to workers at his residence.

They said he promised them increased daily wages, regularisation of contractual employees, revision of the 6th Pay Commission to favour employees and pensioners, restoration of the old pension scheme, Punjab scale for employees appointed after July 17, 2020, payment of suspended installments of dearness allowance, etc. Employees said the same promises were also repeated in the meeting at June 9 in Chandigarh. They said the government did nothing to address these demands due to which they have had to resort to protest.