Hopeful of my father's comeback in Bholath: Sukhpal Khaira's son

Mehtab Khaira holds the fort in his absence 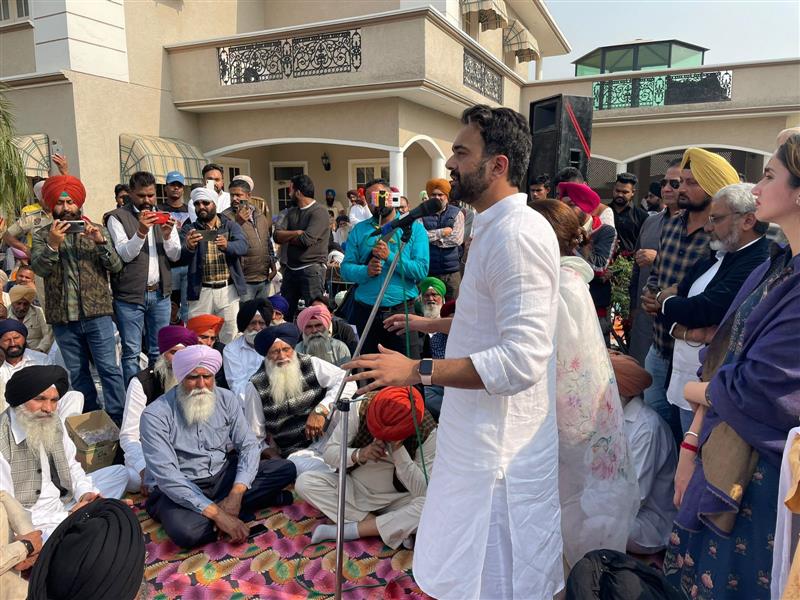 After the November 11 arrest of Sukhpal Khaira on money laundering charges, Mehtab Khaira, his 32-year-old son, has been holding fort in the Bholath constituency in his father’s absence. An advocate by profession, Mehtab has been campaigning and holding workers’ meetings in the constituency.

Khaira’s arrest, months before the elections, even fuelled speculations that the constituency might go uncontested by him due to his arrest. However, Mehtab is hopeful that his father will receive bail soon. Mehtab says: “My father will certainly contest the election from Bholath.” He adds: “In my father’s absence, I am campaigning against the AAP and the SAD. People have been asking whether it’s going to be me but I want to put all such speculations to rest. We are hopeful, a bail will be granted to him soon.”

Mehtab has time and again raised questions on his father’s arrest by the ED, also recently alleging that the original allegations made by the ED against his father (collection of illegal foreign funds) were contained in the challan presented by it.

While Mehtab hopes that the bail might be secured for his father in mid January, in the meantime, he has kept himself busy holding meeting and addressing people through virtual means.

Of the nine elections that Bholath has seen so far, six have been won by the Akali Dal, two by the Congress and one (2017) by the Aam Aadmi Party. Sukhpal Singh Khaira won the constituency in 2007 and 2017.

Traditonally an Akali bastion, Bholath was the traditonal stronghold of Akali Dal matriarch Bibi Jagir Kaur who has already been declared the candidate for the seat by the Shiromani Akali Dal after she relinquished her post as SGPC president earlier this year.

Khaira has been viewed as a formidable adversary to Jagir Kaur in what started off as a David vs Goliath battle of epic proportions. However, his recent flip flops and electoral course spelled trouble. In 2007 Sukhpal Khaira contested from the Congress and in 2017 from the AAP His unceremonious exit as Leader of the Opposition in 2018 was followed by his resignation from the AAP in 2019. Before returning back to the Congress this June, Khaira resigned as legislator of Bholath.

His vacating the seat and recent arrest, has also followed Kapurthala legislator Rana Gurjeet Singh’s aide Amandeep Singh Gora Gill being pegged as a claimant for the seat from the Congress. While Khaira’s flip flops between the AAP and the Congress and his time away from the constituency (to contest from Bathinda in 2019) might cost him dear. But there is also a lull in the seat in his absence. A strong voice of opposition is missing.

His recent flip-flops cost him dear

The recent flip flops of Sukhpal Khaira and his electoral course has spelled trouble for him. In 2007 Sukhpal Khaira contested from the Congress party and in 2017 from the AAP. His unceremonious exit as Leader of the Opposition in 2018 was followed by his resignation from the AAP in 2019.