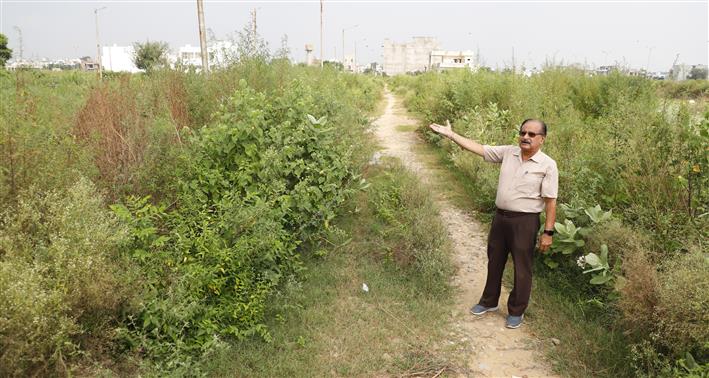 The non-development of its housing schemes and failing to deliver possessions on time has cost the Jalandhar Improvement Trust (JIT) dear. The District Consumer Disputes Redressal Commission, while addressing two complaints of allottees of the Bibi Bhani Complex and Surya Enclave Extension, has ordered the Trust to refund the principal amount paid by them with interest and compensation, which amounts to nearly Rs 17 lakh within 45 days.

Failure to give possession of flats

Kanwal Kharbanda of Kapurthala said he paid Rs 5.54 lakh to JIT in 2010 for the flat allotted to him at Bibi Bhani Complex. The JIT was supposed to hand over the possession of the flat in 2012, but it has failed to do so

Amarpreet Kaur Bal of Mohali said she paid Rs 3.40 lakh as earnest amount to JIT in 2016 for the 200 sq yd plot at Surya Enclave Extension. She said no work had been carried out to handover the possession of the flat

In his complaint, Kanwal Kharbanda of Kapurthala said he paid Rs 5.54 lakh to JIT in 2010 for the flat allotted to him at Bibi Bhani Complex. He said as per the terms and conditions of the allotment letter, the JIT was supposed to hand over the possession of the flat in 2012, but it miserably failed to do so.

He claimed that even after a decade, the JIT could only build poor-quality flats at the said complex, but there was no provision of electricity, streetlights and water and sewerage connections have been made. “The complex at present has become a haven for anti-social elements”, he added.

Similarly, Amarpreet Kaur Bal of Mohali, in her complaint said she paid Rs 3.40 lakh as earnest amount to JIT in 2016 for the 200 square yard plot allotted to her at Surya Enclave Extension. She said the JIT then promised to handover the possession of the flat with all assured amenities and ultra-modern facilities within stipulated period, however, it failed to carry out any development work at the said site.

She said after witnessing no development work at the site, she discontinued the further payment and sought refund, but the JIT neither returned the money nor carried out any development work. “Such is the state of affairs of JIT that the land, where 200 and 300 square yards plots had been allotted to people, has turned into a sewage pond. Nearby dairy farmers were bringing their cattle to the pond and nearby vacant plots for cattle bathing and grazing purposes”, she added.

Meanwhile, the notice of the complaints in both cases was sent to the JIT by the Commission. However, the counsel of the JIT maintained that the complainants were at fault as they failed to fulfil one or the other conditions of the allotment letter, therefore, the complaints were liable to be dismissed.

However, after verifying the facts of both parties, the president of the commission, in its judgment, ordered JIT to refund Rs 5.54 lakh with 6 per cent interest from date of deposit till realization to Kanwal Kharbanda along with Rs 10,000 compensation, and Rs 3.40 lakh with 9 per cent interest and Rs 35,000 as compensation and litigation expenses to Amarpreet Kaur within 45 days.