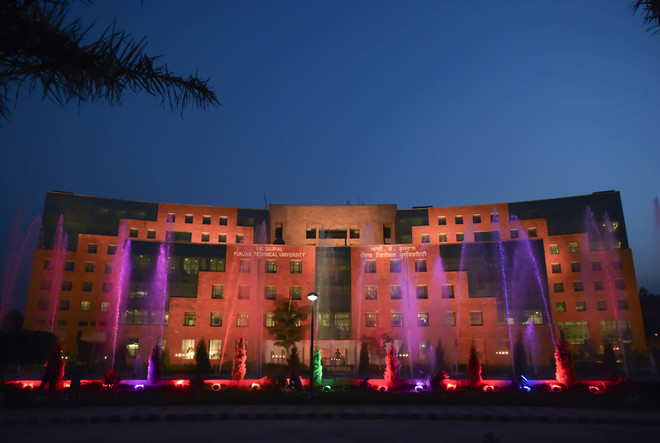 IK Gujral Punjab Technical University has been ranked third in the list of top performers of the country in the Digilocker National Academic Depository (NAD), which is a system developed by the University Grants Commission (UGC) to digitise the academic record of students.

IKGPTU has already uploaded more than 8 lakh documents, including degrees and detailed mark cards of its students, earning the tag of the top performer as per the last month records of Digilocker NAD website. The university has taken the lead in the process among all institutes in Punjab.

The officials of the university deployed for the job said they would upload more than 15 lakh awards from 2008 onwards in a month or so.

“Being a state technical university, we are much concerned about the implementation of government policies and projects. We are feeling proud that in taking the lead in the digitisation by providing all academic related data of our students,” said Jaspreet Singh, Registrar, IKGPTU.

The uploading of the documents has been done by a dedicated university NAD cell in coordination with the examination department. Under the supervision of the Vice-Chancellor and senior IAS officer Ramesh Kumar Ganta and the Registrar, the NAD team is getting data verified from authority in-charge Dr Paramjit Singh, Controller of Examination (CoE) and uploading it under the signature of Deputy Registrar-cum-NAD Nodal Officer Rishi Gupta.

The officials said now onwards, it would be very beneficial for verification agencies in India to verify student records through online mode sitting anywhere and the students would no longer be required to carry their original certificates at any place, including for further admission in higher courses or for the purpose of job. The documents would now be ready to be fetched just at the click of a mouse. They said NAD had huge benefits such as there would be no more forgery of documents. Also, as per the IT Act, 2000, digitised documents are valid for all purposes.

The officials added that even though they were still continuing with the process of issuing transcripts to the students for admission abroad, but in the coming years this burden too could go away if foreign verification agencies would start considering online verification from the NAD.