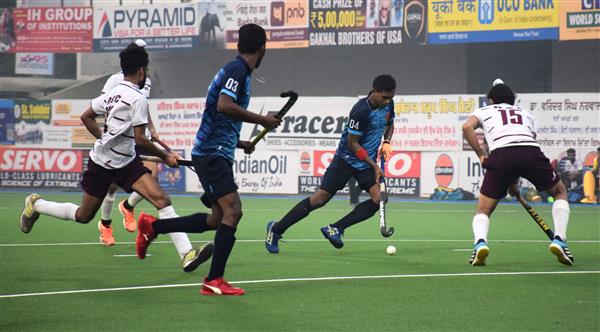 During the half time both teams were leveled at 1-1. In the fourth quarter’s 50th minute Indian Oil took the lead with a penalty corner. With this win Indian Oil bagged six points from two outings.

In a well contested match of the day in pool-B, Army-XI and ASC Jalandhar put up a good play. After trailing by a goal, army men made a counter attack in the very next minute and earned their 2nd penalty corner and Subhash Sanga equalise the score on a rebound ball (1-1). In the 20th minute of the game, Gautam Kumar of ASC once again scored a field goal with a solo effort to put his team ahead.