‘Infected must isolate to save others’ 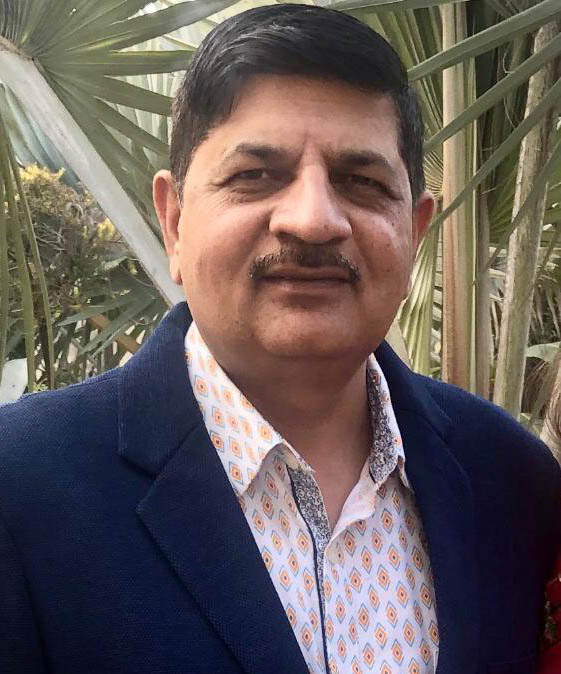 I was posted inTarn Taran as DIO in the first week of November. It was there that I got my positive report on November 25. I stayed in quarantine for 24 days. The tricky part was when I started feeling breathlessness. At one point of time my oxygen saturation slipped below 90%. But with precautions, I got on road to healing.  — Dr Rakesh Chopra, District Immunisation Officer

Almost two months after, District Immunisation Officer (DIO) Dr Rakesh Chopra is now responsible for ensuring the smooth inoculation of more than 15,000 frontline workers in the district. He himself has also received the jab. Among the first few people who got vaccinated, Dr Chopra believes prevention is the only and best way to fight the virus.

“Those who still aren’t serious should ask people who lost their loved ones,” he says.

Having tested positive on November 25, the brief two-month stay he had as District Immunisation Officer at Tarn Taran was marked with Covid.

He says, “I was posted to Tarn Taran as DIO in the first week of November. It was there I got my positive report on November 25. Covid came with body aches and mild fever. I stayed in quarantine for 24 days. The tricky part was when I begin feeling breathlessness. I had isolated myself in my own house at Jalandhar. My wife had tested negative. At one point of time my oxygen saturation slipped below 90%. But with precautions, I got on the road to healing.”

Before being transferred to tarn Taran, Dr Chopra was also responsible for shifting of countless bodies of the Covid deceased as Medical Officer Jalandhar, “I was in charge of shifting dead bodies from the Civil Hospital. We must have shifted 2,000 dead bodies during the peak of Covid. I was also posted as an emergency officer. So, it could be possible in contracted Covid from here.”

Once back here, the doctor has now been at the helm of affairs for the Covid vaccination drive.

Speaking on his fight against Covid, he says, “It feels great to be better. When you have breathlessness or other symptoms, it can be scary for some time for the best of us because severe Covid is incurable. But with precautions and care, you can avoid Covid. And the silver lining in the cloud is that there is a 98% recovery rate.”

On rise in Covid cases, he says, “There is a nationwide rise in cases across many states. In Jalandhar cases had come down to 10 to 20 per day. But they have again risen from 40 to 50. Again I say there are people who tested positive who did not isolate themselves. Some give wrong numbers, travel and are found in other states when finally traced. These people are the root cause of the spread of the infection. They need to isolate themselves and don’t pose a hazard for others. Think about families who lost loved ones.”

“It is great news that over 15,000 people in Jalandhar are already vaccinated. If 20 to 30% people are vaccinated and 20 to 30% general population has already been positive (some of them didn’t get tested) then we might inch closer to herd immunity. With 60 to 70% of the population covered – we’d have shot immunity. That way we can avoid a surge for the coming six months to a year.”

(As told to Aparna Banerji