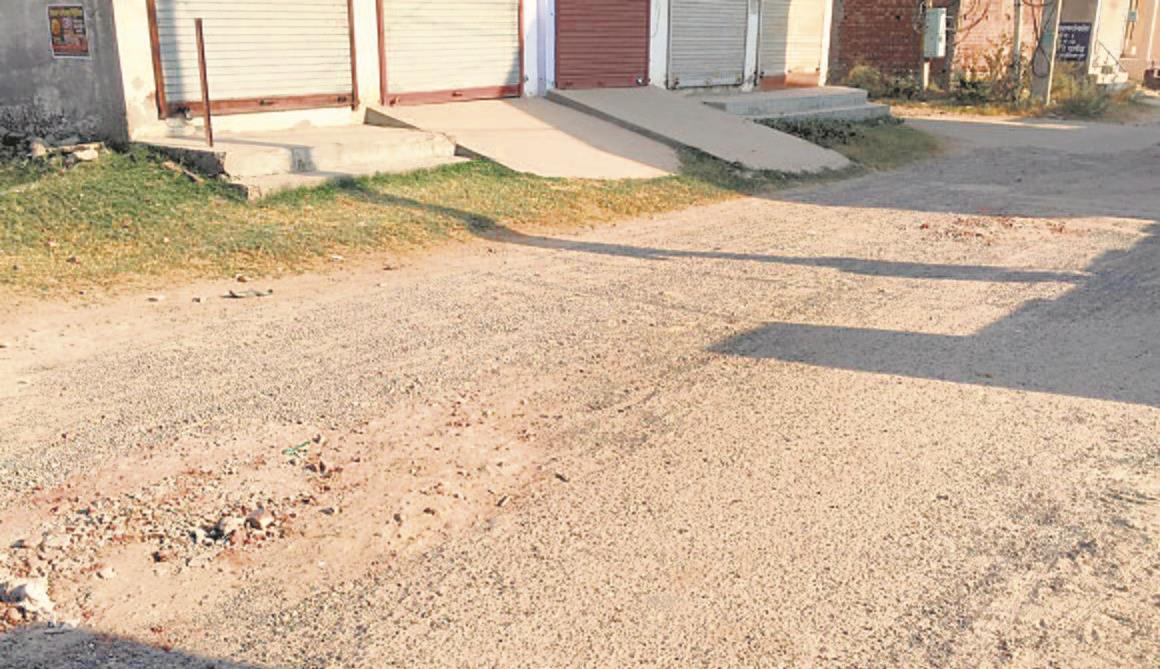 A dilapidated road in Ward No. 13, Hoshiarpur. Tribune photo

It connects Fatehgarh Chowk to TB Hospital and several residential colonies with each other. For road users, especially motorists, it is a daily struggle to navigate the damaged stretches.

In 2017, the reconstruction of Rambha Sethi Marg was stopped midway due to substandard construction material. A tender was refloated in June 2019, but nothing has been done so far. I have paid Rs 20,000 from my own pocket to get the potholes filled. The MC is dilly-dallying over the project.

Residents say they do not recall the last time any of these stretches was relaid. Apart from two-wheelers, pedestrians also face hardships as they have to walk on slippery and potholed roads.

Recently, Meenu Sethi, a former councillor, was injured when her two-wheeler skidded off a potholed stretch in the locality. The roads in the area witness a constant flow of vehicles. However, their poor upkeep is adding to the woes of the commuters.

Sources said the Marg was built in June 2011. Re-carpeting work on some stretches was carried out in June 2015. In 2017, its reconstruction was taken up, but the former councillor got the work stopped midway as the construction material was of substandard quality. Since then, the work is yet to see the light of day.

Although a tender was floated in June last year, nothing has been done so far. The condition of New Fatehgarh Bazigar Road, which connects Ward No 13 and Ward No. 14, is equally bad. “It is not only the elderly, but many two-wheeler riders are affected,” said a local resident. She urged the authorities to carry out repair works at the earliest. Former councillor Meenu Sethi said, “In 2017, the reconstruction of Rambha Sethi Marg was stopped midway due to substandard construction material. The project was scrapped and action was taken against the contractor. The MC House approved the road project again and a tender was floated in June 2019, but nothing has been so far. I have paid Rs 20,000 from my own pocket to get the potholes filled. The Municipal Council is dilly-dallying over the road project.”

The former councillor said following protests by residents, the authorities did initiated repair works in November last year, but after a few days, the work was again stopped. “On October 13, a delegation of senior citizens had met the Superintending Engineer, who assured it of initiating repair works on October 15. However, nothing of the sort has happened so far,” she alleged.