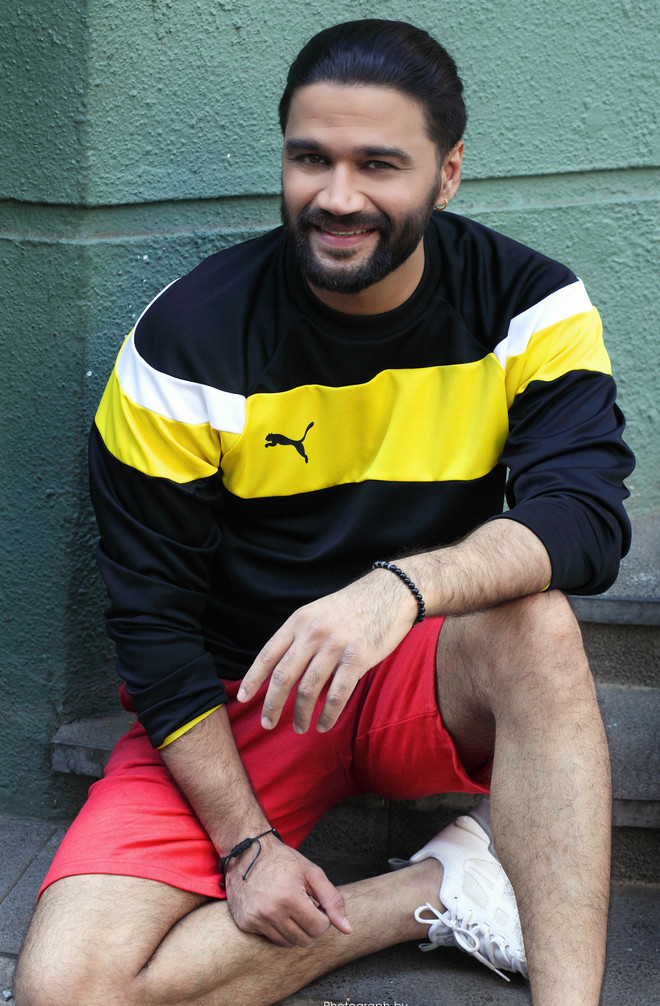 He was six, when he lost his mother and nine when he lost his father. Brought up by his paternal uncle amid financial crisis, he had to drop his studies after school education. The story of popular Jalandhar-based comedian Balraj Syal is actually quite a serious one.

Before stepping into the TV world and getting popular through his shows including ‘Entertainment ki Raat’, ‘Mujhse shadi karoge’ and ‘Khatron ke Khiladi’, Balraj even had to do a lot many odd jobs here to support his family. “I worked in a pharmaceutical store. I was a salesman at a shop in Wholesale Clothes Market near Company Bagh here. I even sold inverters of Microtek Company. I even remained employed for a company selling engine oil. I took up a job at a general store till my friend Ravish convinced me to at least pursue graduation from a college to get any better employment opportunity. He paid for my fee and got me enrolled at St Soldier College here,” Syal shared.

Balraj shared, “We had to deal with the loss of both the parents early in life. The loss caught us off guard. We did not even know how to react. But my uncle brought us up like his own kids. Most of my friends did not even know that they were not my real parents till I shared it in my interviews few years ago.”

Sharing his early life in the city, the comedian said, “I studied at Devi Sahai Sanatan Dharam School in Basti Nau and did my class XII from Parvati Jain School. He also admitted my sister (just a year younger) to HMV College here. Though he never dissuaded me from pursuing higher studies, I could sense that he was financially burdened. He suffered losses in his factory and was alone bearing the burden of raising five children including three of his own.”

Balraj then went on to share anecdotes from his college life, “That is where my theatre life began. One of my friends Jassi Kochar pioneered to form a new theatre group in the college. We got a prize at the inter-college level and went on for the inter-zonals. The victory came as a big incentive as I became eligible for fee waiver. I worked hard aned partcipate4d in several extra-curricular activities.

Belonging to a relatively lower middle class family, I faced a lot of inferiority complex when I went to participate for the inter-college event at Apeejay College riding with another friend on the same bicycle. Since I was active in theatrical activities, I managed to take admission in Apeejay College in MSc Computer Applications.”

The 37-year-old artiste added, “I even met other comedians Kapil Sharma and Bharti in inter-university competitions as we became part of one team of Guru Nanak Dev University. But they were senior to me as I had a gap in my studies. The TV break came my way when I accompanied my friend for MH1 auditions. I was sitting in the waiting lounge when my friend convinced even me to go in for the auditions as there were fewer candidates and I could expect a chance. Days later, I got a call that I had been selected for comedy show ‘Hasde hasande ravo’.”

Balraj says that the project that he enjoyed working for was ‘Entertainment ki raat’. “I spent nights along with the creative team for planning each show of it. Another project which is close to my heart was a music video ‘Shukar kar’ on problems of commoners in pandemic in which we featured Sonu Sood and Prince Narula. The project came on my label ‘Realise Music’ and the female voice in this is of my singer wife Deepti Tuli,” he said.