Sandeep Kumar, who hails from Bara Pind in the district, is an inspector at the Sports Centre of PAP headquarters 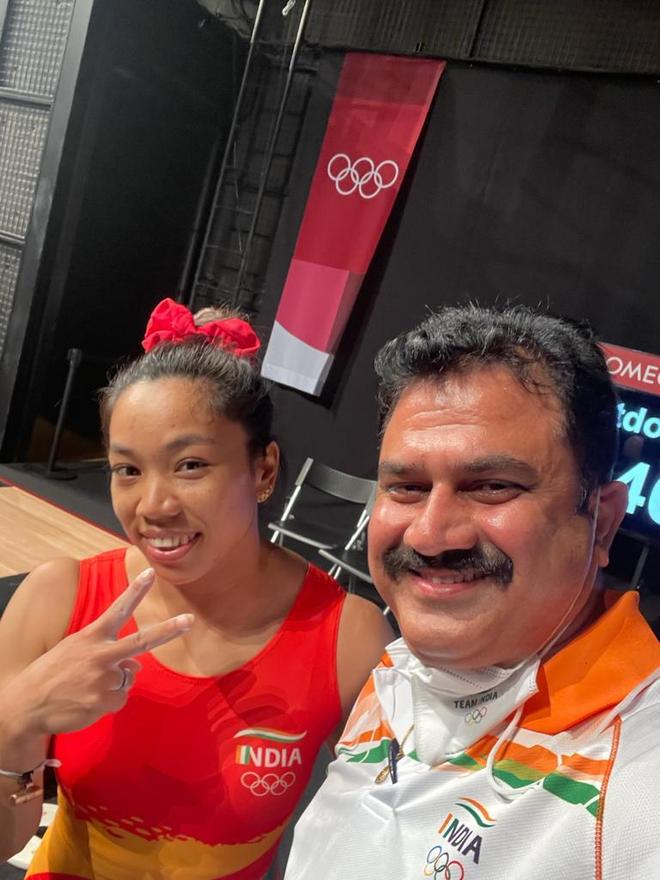 Weighlifter and silver medallist at Tokyo Olympics Mirabai Chanu pose with her assistant coach Sandeep Kumar, who is an Inspector at PAP, Jalandhar, after her win.

With the Indian contingent for Tokyo Olympics winning a silver medal, the excitement is palpable in Jalandhar too.

Reason: Assistant coach Sandeep Kumar, of Manipur-based weightlifter Saikhom Mirabai Chanu, who had mentored her ahead of the event, hails from the city.

Sandeep, who hails from Bara Pind in the district, is serving as an inspector at the Sports Centre of Punjab Armed Police headquarters here. He is serving with the Punjab Police as inspector and is posted at Sports Centre in PAP Jalandhar at present. Sandeep is accompanying Chanu to Tokyo.

An international-level weightlifter himself, Kumar had participated in the 1996 Atlanta Olympics. He had won a bronze in the 69-kg category in the 1998 Commonwealth Games held in Kuala Lumpur. He is also the recipient of Maharaja Ranjit Singh Award (2006) and has been the chief coach at PAP. He had joined the Punjab Police as constable in 1994 and rose to the rank of inspector in 2011.

Based on his performance, Sandeep was deputed to train Chanu since the last five years. In 2016, he had accompanied Chanu to Rio Olympics too but could not get success at that time. He had even trained her in the US. On her victory today, he said: “I am happy that I have finally taken Chanu to the Olympics podium and all our efforts have finally yielded results. I trained and accompanied Chanu in April for the Asian Weightlifting Championship at Uzbekistan this year, where she created a new record in Clean and Jerk, when she lifted 119 kg to rub out the old mark of 118 kg.”