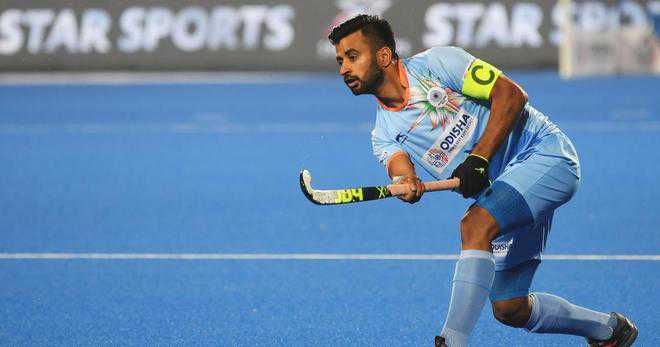 “When Indian hockey team captain Manpreet Singh first came here to take training, he just wanted to play to get a job, now he has won a medal in the Olympics. I always told him to think big. Now he, along with other players, has made me proud,” says Avtar Singh, who joined as a coach at Surjit Hockey Stadium in 2008.

Singh was a Master Chief Electrical Radio in the Navy for 20 years. He was also a member of the Navy hockey team.

“Manpreet’s family was going through financial challenges at that time. But I wanted him to continue playing and represent the nation at the international level. I also told Manpreet’s mother that he was a great player in the making and should continue playing. Today, under his captaincy, the team has won bronze,” says Singh.

After the 2016 Junior World Cup, I asked Harmanpreet to keep himself focused as the nation didn’t have many dragflickers at that time. —Avtar Singh, Coach, Surjit hockey stadium

Talking more about Manpreet, Singh says he always had leadership quality and fighting spirit in him. “He was physically very tough and always worked towards winning every game.”

About Harmanpreet Singh, who scored a goal for India today, the proud coach said: “After the 2016 Junior World Cup, I asked Harman to keep himself focused as the nation didn’t have many dragflickers. I told him that he could be a part of the Olympics one day if he remains dedicated and keeps himself fit.” Varun, Hardik Singh and Mandeep Singh, have also taken training at Surjit Hockey Stadium.