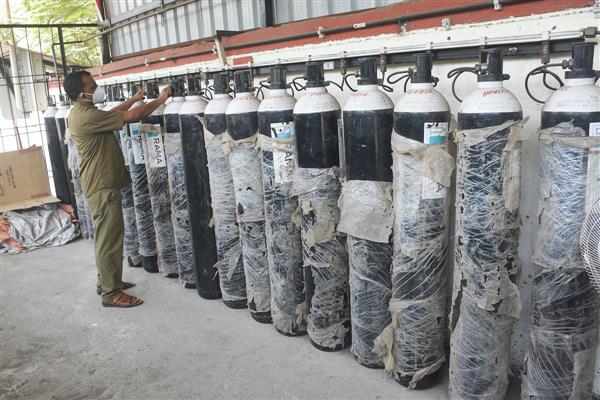 Taking a cue from Delhi and other big states facing rising demand for oxygen, the district administration on Tuesday said that there was a requirement of liquid oxygen here.

In a letter released by Deputy Commissioner (DC) Ghanshyam Thori to the Managing Director of Punjab Health System Corporation, it is mentioned that the district has a total requirement of 3,000-3,500 cylinders on a daily basis as cylinders are also being supplied to the neighbouring districts of Nawanshahr and Hoshiarpur.

The letter further mentions that the remaining requirement is met from the liquid oxygen which is supplied through vendors from Panipat, Sonipat, Rajpura and Bathinda districts. “Therefore, we need approximately one liquid oxygen tanker (16MT) per day to meet our daily demand,” reads the letter.