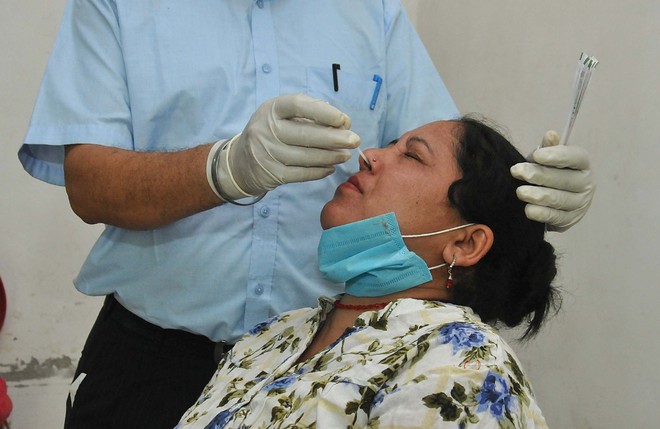 With 449 persons testing positive for Covid, the district tally reached 36,280 in Jalandhar on Saturday.

With 449 persons testing positive for Covid, the district tally reached 36,280 in Jalandhar on Saturday. Of these 449, as many as 39 belong to other districts. Four people also died of Covid in the district, taking the death toll to 1,010. While 32,076 people have been discharged so far, there are 3,194 active cases in the district.

Meanwhile in Kapurthala, 149 persons tested positive for Covid on Saturday taking the district tally to 10,852 cases. Two deaths were also reported in Kapurthala. The deceased include a 65-year-old woman, resident of Sarai Jatta village, who died at the Civil Hospital in Jalandhar and a 68-year-old woman resident of Kala Sanghian, who died at a private hospital in Jalandhar.

With the arrival of 284 new positive patients, the tally of