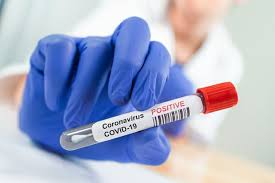 With 64 new cases, the Covid tally reached 16,900 on Sunday. Five deaths were also reported in Jalandhar due to Covid-19, taking the toll to 533. There are 950 active cases in the district and as many as 15,417 people have been discharged so far. As many as 670 people are under home isolation in Jalandhar at present. Meanwhile, four people tested positive for Covid-19 in Kapurthala.

With 15 new positive cases, out of the 987 samples received today, the tally of positive patients reached 6,765 in Hoshiarpur. With two more deaths, the toll also rose to 242.

Civil Surgeon Dr Jasvir Singh said with 625 new samples of people with suspected flu-like symptoms taken on Sunday, the total number of samples taken in the district has reached 1,84,571 in the district. According to the reports received from the lab, 1,77,867 were negative, while 1,187 reports were still awaited and 133 were invalid. The number of active cases is 167, while the number of patients who have recovered is 6,356. Of today’s 15 cases, Hoshiarpur city has four positive patients, while the remaining are from various health blocks of the district. Among the deceased are an 88-year-old resident of Janauri village, who died at MH, Jalandhar; and a 69-year-old woman of Mehtapur village, who died at a private hospital in Jalandhar.