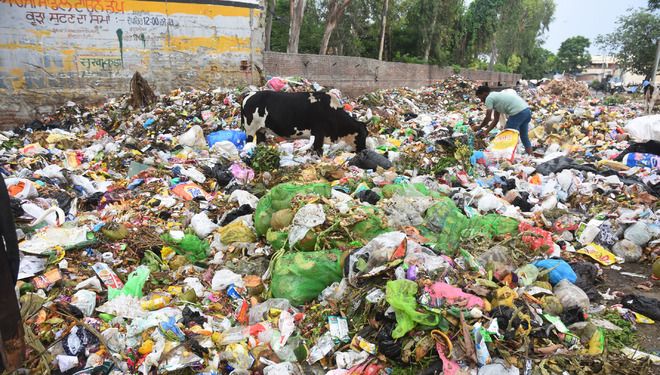 Five days after the MC drivers’ union strike work and did not lift garbage, on Monday, the Driver and Technical Works Union raised issues regarding old vehicles and tyres. Lifting of garbage was also stopped for sometime as the union wanted to send a message to the MC officials that they were having trouble in absence of proper and new tyres.

Devanand, president of the union said 418 tyres were sanctioned, out of which 163 have come, that too for more than 200 vehicles. “The drivers go through various problems as the tyres often get punctured,” he said, adding that these are long-pending demands but nobody listens.

The members have been complaining that the vehicles were not in good condition and haven’t been used for a long time and no one was ready to look into the matter.

“The tyres of the vehicles are in poor state and require service at the earliest,” they said.

Recently, the union had also raised that many employees were appointed on contract as sweepers, but they were working as drivers. “These employees get a salary of a sweeper. They should be promoted and must be given salaries on par with drivers,” the members had said.

Few months ago, Mayor Jagdish Raja along with health and sanitation ad hoc committee chairman Balraj Thakur had held a surprise inspection of the sanitation works. While examining, Thakur had pointed out that the vehicles used to lift the trash were 15 years old and not fit to be used on roads. “They should be dealt with immediately and the Transport Department must check this, because it is vulnerable to accidents,” he had then said. “Many vehicles don’t even have registration numbers. Because of heavy rush and one-way traffic towards Wariana, these vehicles take longer time to come back, so, there must be another way to lift more waste from the city,” Thakur was quoted as saying.