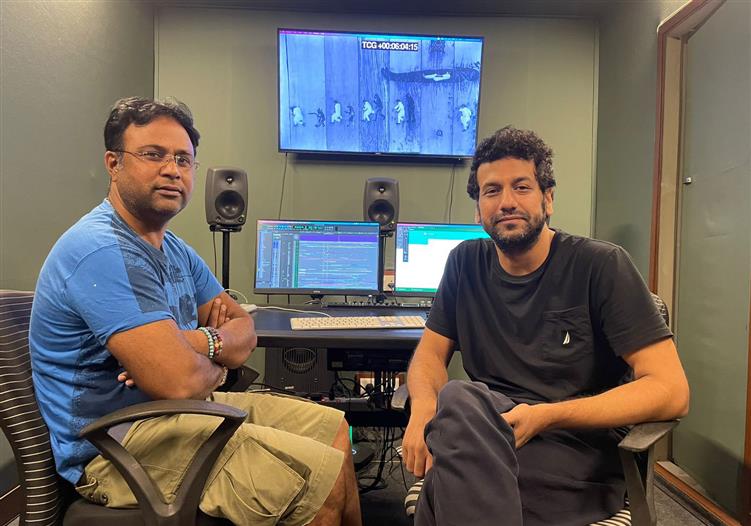 Filmmaker Vikrant Sidhu, whose short movie 'Khushboo' will be screened at the fest on October 19.

In a proud moment for Jalandhar, a city-based filmmaker’s short movie ‘Khushboo’ has been selected for the competition to be held at the prestigious Fano International Film Festival in Italy next month.

Filmmaker Vikrant Sidhu recently got the confirmation of selection of his film at the festival to be held from October 18 to 22. His film will be screened on October 19.

Notably, filmmaking is not a profession, but a passion for Sidhu, who is actually serving as an inspector in the health wing of the Municipal Corporation, Jalandhar. “It all started when I began working as a production assistant for ‘Lishkara’ programme on Doordarshan. I am trying to spare some time to keep alive my passion. I have directed four short films since I passed out from the Film and Television Institute of India (FTII), Pune, in 2010. My first film was in Hindi titled ‘Anubhed’, which was based on the pulls and pressures that the couples in metro cities like Mumbai face. I have always engaged in meaningful cinema only. My second film, ‘Katal’, was in Marathi. My third film, ‘Ansune’ was based on the lives of MC sweepers and the exploitation that they face. My proud moment was when activist Medha Patkar joined me in Ludhiana for its screening earlier this year,” he outlined the kind of work he has been engaged in.

However, of all the films, his 15-minute movie ‘Khushboo’’ is closest to his heart. “The film is based on the fading cultural norms in Punjab. I shot the film in Dhanasu village of Ludhiana. There is a scene from the Singhu border too. This film in Punjabi with subtitles in English had also got selected for competition in Clermont-Ferrand International Short Film Festival held this year from January 28 to February 5 at France but I could not make it as I caught Covid then,” he said, adding his wife Sapna, who is a production designer based in Mumbai, has been his big support. Both of them were batchmates at FTII.