Proposal to dump waste at Pholariwal cancelled for now 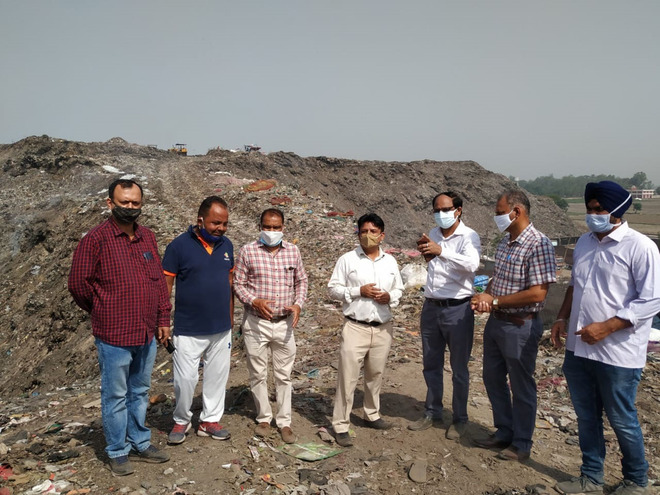 With proposed biomining project unikely to start in near future and road to Wariana garbage dump getting clogged, dumping of waste has become a major issue for the Jalandhar Municipal Corporation.

Even as there had been a proposal to move the waste partly to an MC’s site at Pholariwal where 80 compost pits with covered sheds had been readied, this idea faced a lot of opposition from residents. While the MC has spent several lakhs on this compost project in the last two years, there has been no headway.

The ad hoc health and sanitation committee of the MC with Balraj Thakur as the chairman, and Jagdish Samrai as the councillor member, had proposed that even waste from the entire Model Town area would be moved to Pholariwal. As per the proposal, a dump near the cremation ground in Model Town, which had become an eyesore, was set to be vacated. Earlier, garbage collectors who had been using hand-pulled carts had expressed their inability to daily make round upto Pholariwal.

Jalandhar Cantt MLA Pargat Singh had reportedly urged MC Commissioner Karnesh Kumar not to make any decision to dump the city’s waste at Pholariwal, which is a part of his constituency.

With garbage unlikely to be moved to Pholariwal and Wariana dump left as the only option, the MC was now planning to get road to the landfill site cleared.

The civic body has planned to start the road work any time now and as a temporary measure, it has been decided that the city’s waste would be dumped at the MC’s new site on the backside of Kohinoor Rubber Factory on Kapurthala road.

Samrai said, “The only plausible option before us is to make provisions so that garbage carrying vehicles from the city can enter the Wariana dump. The dump site needs immediate road repair work as passages have got congested and vehicles may not be able to enter the dump during monsoon. Till the work is being done, waste will be dumped at the MC site on Kapurthala road. Proposal to use Pholariwal compost pits is not possible as of now.”