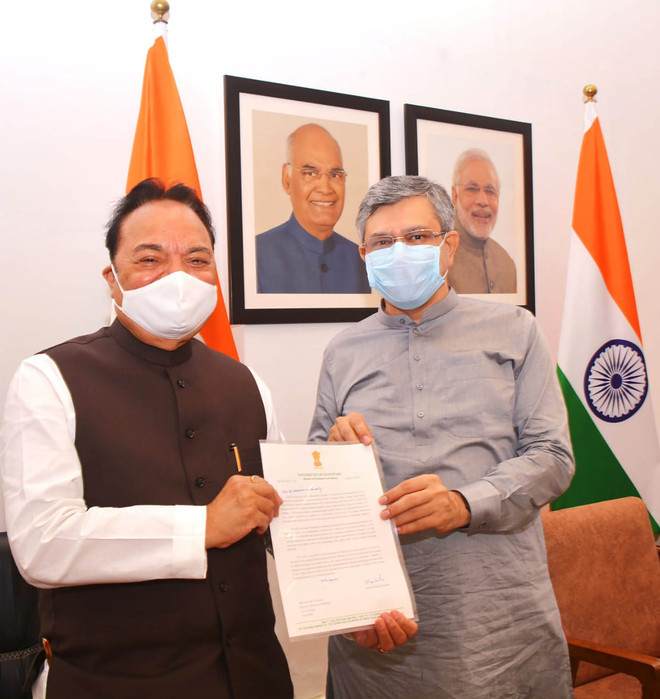 He told the minister that the Congress government in the state had sanctioned Rs 2.30 crore for this work to be done by Block Panchayat Samiti Phillaur, but since the land of Gandhi Dham was in the name of Indian Railways, the permission from Railways was necessary to undertake the works.

Highlighting the importance of the place, MP Chaudhary said Gandhi Dham is a place having significant historic value as the ashes of Father of the Nation Mahatma Gandhi were immersed there in Sutlej on February 12, 1948. “Every year, official functions are organised on February 12 and October 2 at Gandhi Dham and dignitaries and local people come to the memorial to pay their tributes to Mahatma Gandhi,” he added.

“I have requested Railways Minister Ashwini Vaishnaw to grant the permission for constructing the road and undertaking the renovation works at the earliest so that we can honour the memory and legacy of the Mahatma in a befitting manner,” he said.